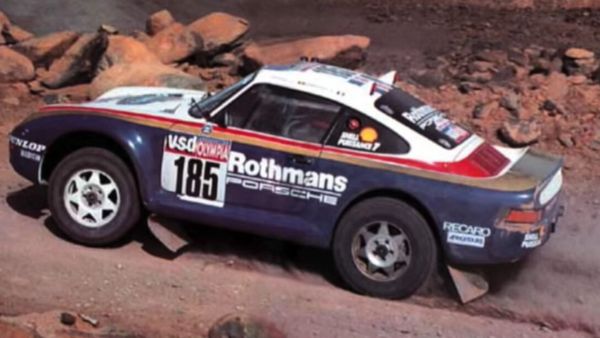 This should be interesting.

We’re about to get hit with a blast from the off-road past. Announced recently by the Amaury Sport Organization, which organizes the Dakar Rally, the upcoming Dakar Classic will include classic off-road trucks and cars. It’s a way for the group to recognize those storied vehicles which have become legend and helped make Dakar Rally what it is today.

Of course, when these pre-2000 off-roaders were racing, the event was called Paris Dakar and the course was significantly different. For 2021, the Dakar Rally will be contained to Saudi Arabia, just like the 2020 race.

Some of the sanctioned vehicles will be replicas of off-roaders which competed in Paris-Dakar during the 80s and 90s. This could mean seeing some rough-and-tumble lifted Porsche 959s or Land Rover Defenders ready to rumble in the sandy desert.

Other entrants will be vintage models which could have competed in the rally during that time period, even though one was never entered. So far, there’s been no official word if motorcycles will be included in the Dakar Classic. It would be surprising if not, considering they’ve been involved in the rally since its early days.

Organizers are promising an even more grueling course for the Dakar Rally 2021 in comparison to this year’s event. However, the Dakar Classic will deviate from that path some, presumably to take into consideration the capabilities of rigs constructed over two decades ago. At the same time, the start and finish line for both events will be shared.

There are strong hints at the use of electrification in future Dakar Rally events. These “environmentally friendly engines” would change the very nature of the competition. But at the same time, launching the Dakar Classic allows spectators and participants to continue enjoying the roar of internal combustion engines as they power through the hot desert and on to victory.

You’ll be able to tune into all the action of Dakar Rally 2021 and the first-ever Dakar Classic this upcoming January 3-15.