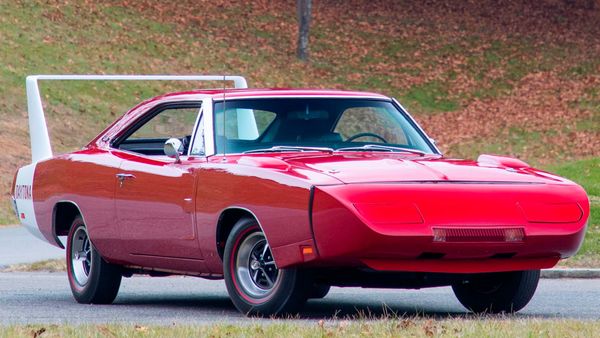 These nine cars help show just how diverse this collection really was.

Eddie Vannoy amassed an incredible collection of vehicles that were auctioned off this week through Mecum, and it turns out being delayed by almost a month did nothing to slow down bidding. The amazing variety of cars had buyers acting like kids in a candy store with a total of 55 cars, trucks and SUVs being sold off (only four vehicles didn't sell) for a total of almost $7.1 million – and that doesn't even include the equally incredible automobilia that was up for grabs. The top nine highest-priced cars alone all exceeded their pre-auction estimates selling for a collective $1.7 million, and they were a shining example of how vastly diverse Vannoy's collection was ranging from classics to modern vehicles, bone stock to custom restomods.

Not surprisingly, a winged warrior was the top-selling car from this group with the red 1969 Dodge Charger Daytona selling for $231,000, while the red 1970 Plymouth Superbird's sale price of $203,500 was about $50,000 more than initially expected. Hammering for more than the Superbird, the coolest vehicle, without a doubt, auctioned off was a 1941 Kenworth fire truck that sold for $209,000. The Art Deco design is incredible, but the more impressive part of this fire truck is that only five of these were ever built. A gorgeous LS3-powered 1967 Corvette restomod was the only other vehicle to break the $200,000 mark with a sale price of $200,750.