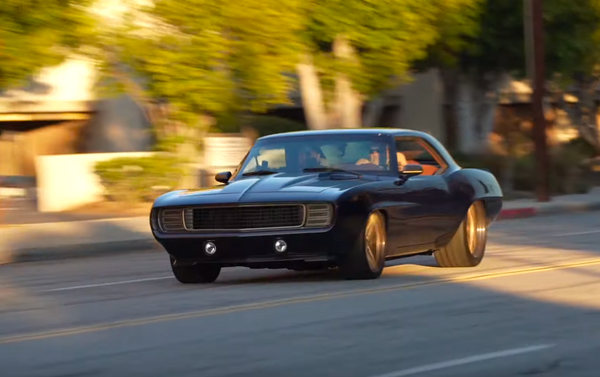 This is one bad Camaro!

This is Grimm 7.0, a 1969 Chevrolet Camaro powered by an insane Mercury Racing engine pushing out some insane horsepower numbers. AutotopiaLA first featured the car in an episode in which they shot the build process for SEMA. In the first video, we are given an intricate and detailed walk through of how this car came to be and was even able to hear it startup. However, unfortunately, we didn't get much information on what the car was like to drive and was left wondering. Luckily in the most recent featuring of this car on the AutotopiaLA channel Shawn was able to rip on this high RPM beast.

Want to see one of the baddest trucks ever on AutotopiaLa? Check out Griffin Steinfeld's 2000-HP Chevy Apache here.

As previously stated, the vehicle is powered by a Mercury Racing SB4 engine pushing out 750-horsepower. The naturally aspirated, LS-based, dual overhead cam motor is mated to a Tremec T56 manual transmission, which allows all of that power to spin a set of HRE wheels. Holding the car stable is a Ford 9-inch rear end and 3.73 gearings. The chassis is a custom-built Roadster Shop chassis that sits on top of Corvette suspension. Stopping ability is provided by Bear Brakes.

Exterior wise, the rear bumper was lowered to sharpen the rear of the car and a better fit with the body lines. Carbon fiber, blue, and gold is used extensively to make the colors pop. Because of the owner’s need to have flush door handles the shop decided to opt for Tesla handles. The interior has been delicately crafted by hand, starting with an aluminum dash custom machined by Carlos Dominguez. Hand-stitched leather and carbon fiber interior were then placed on top of the bare metal. Seats consist of two modified Recaro racing seats fitted with carbon fiber backs. Lamborghini switches give the console an intricate and exotic feel which is further accentuated by the Ferrari vents. All of the interior work added up to a total of over $100,000. There are many pictures and videos of the car and its extensive adventures, we hope to see more in the future.