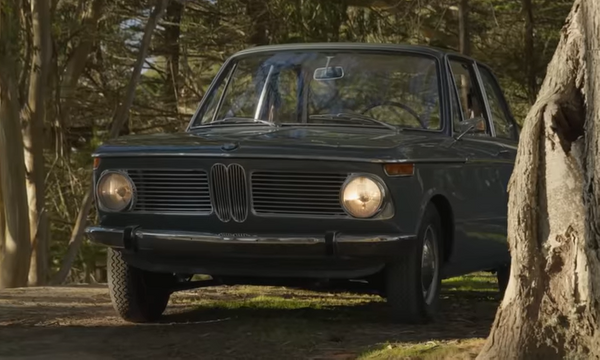 She calls the Bimmer Derby and truly enjoys taking it for scenic drives.

Sometimes it’s good to sit back and just enjoy life at a slower pace. Yes, high-horsepower cars are a riot with all their tire-shredding ways, but a low-powered yet still fun-to-drive vehicle can be downright therapeutic. That’s the big takeaway from the video below of a woman named Lisa who explains her love of “Derby,” a 1967 BMW 1600.

Try looking up the BMW 1600 and you’ll find it was really a footnote in the brand’s history, even among the 02 series cars. The BMW 1500 was pretty widely celebrated when it came out and for about two years after. Then the 1600 was released, using the same aesthetics but promising more performance with a 2 mm bore increase. However, with the release of the BMW 1800 a year before, the 1600 was completely overshadowed.

We all know what happened after that: the BMW 2002 really stole the show, especially once the Turbo model came out. What so many seem to forget is that the entire BMW 02 series set the tone for the company moving forward. What had been previously an overall uninspiring lineup was transformed into the driver-centric experience which rocketed BMW to stardom.

Yes, Derby only packs a little four-cylinder with 84-horsepower on tap, but keep in mind it also weighs about 2,000 pounds. It’s not going to tear up the drag strip, but as Lisa takes it on the famous coastal roads in California, it absolutely hugs the turns and asks for more.

As she also explains, there’s a purity in experience behind the wheel of the BMW 1600. It’s not about massive power, hissing turbos, neon lights calling for attention, or any of that. Instead, she can take her time, feel at one with the machine, unwind from the stresses of a difficult week, and really enjoy the drive on a different level.

What’s your go-to vehicle for destressing?