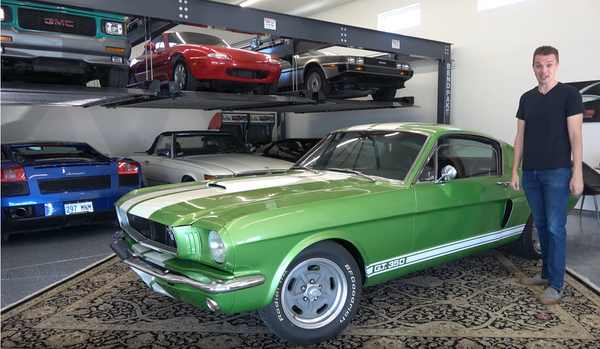 This certainly is a polarizing topic.

To keep a car original or not: that is the question. Enthusiasts and collectors have fought over the relevance and even the morality of restomods for some time, but the fight seems far from over. Still, as Tyler Hoover points out, it appears the tide is turning toward the pro-restomod crowd. The man just bought a 1966 Shelby GT350 restomod, what he calls his absolute dream car, and it surely will enrage purists.

Before anyone gets too angry, Hoover admits his car isn’t a true Shelby. Only about one thousand GT350s were made for 1966 and this isn’t one of them. Instead it’s a tribute vehicle with a more modern powertrain and other things you won’t find in most 60s models. The worst part of all that is Hoover absolutely loves it so much, he recommends everyone get a restomod tribute muscle car.

Then there’s the other elephant in the room: Hoover’s Shelby GT350 tribute doesn’t even have a factory paint color. That green sure looks nice, but it’s from Mopar. Actually, that’s a wise move because Mopar has always had some of the best paint options out of any non-luxury brand out there.

Hoover was able to pick up this pristine restomod for about what a new Toyota Camry goes for, which is pretty good. Yes, it’s not a numbers-matching original, but those sell for six figures. The guy he got it form poured about $50,000 into restoring it, even doing the paint himself to help cut down on costs. The results are impressive, to say the least.

Not everyone is going to agree with Hoover’s opinion on restomods. After all, there’s the charm of driving a car to factory spec. You get that pure experience the automaker intended, or at least the one it produced. However, the honest truth is many “factory spec” restored cars are often in better condition than they were when new, thanks to improved technologies and techniques, not to mention an owner with a keen attention to detail combing over every square inch.