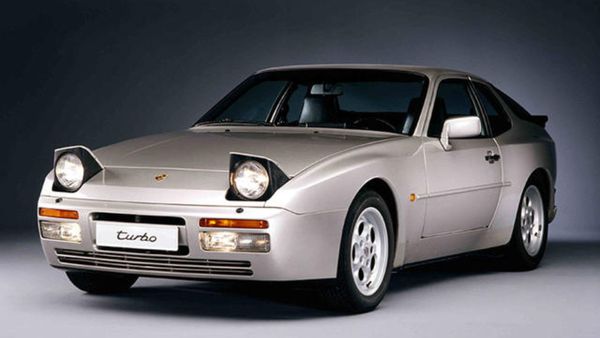 Remember this underappreciated Porsche in its prime.

While people go absolutely nuts over classic air-cooled Porsche 911s, which are great on so many levels, it’s important to remember Porsche has made some other excellent performance cars. Case in point: the 944 Turbo. Often overlooked by far too many, it was a serious car when it launched in 1985 as the pinnacle of the 944 lineup. To ensure everyone knew all that, Porsche released an epic commercial to make everything clear.

Under the hood was the 2.5-liter inline-four engine. Of course, it was force-fed by a turbocharger, dialing output up to 220-horsepower. In 1988 Porsche launched the 944 Turbo S, dropping in a larger turbocharger so power was dialed up to 250-hp.

Porsche did more than just throw a turbo system in this ultimate version of the 944. The front apron was designed to be more aerodynamic, eliminating the rubber guards and adding integrated fog lights plus high-beam headlights. A rear diffuser painted to match the body was another key change.

Sure, the Porsche 944 Turbo wasn’t earth-shattering, but it did help the German automaker win over more fans. There’s little doubt that commercials like the one you can see with this article helped make this happen.

Sadly, these days it seems like most car commercials have lost the art of subtlety. Whatever ad firm Porsche used back in the 80s understood that less is more, instead of bombarding viewers with a ton of images, blaring rock music, and other forms of ridiculousness you find in car commercials.

You’ll also note the symphonic rendition of Jimmy Hendrix’s Purple Haze playing during this commercial. It’s the perfect song to really grab your attention and capture the majestic nature of the Porsche 944 Turbo.

With Porsche 944 prices on the rise in recent years, the well-kept performance secret is no longer as affordable as it once was. Still, you can get a lot of car for the money if you find the right one, especially a Turbo or Turbo S model in good mechanical condition. They’re most definitely far more affordable than a Porsche 911from the same model year.