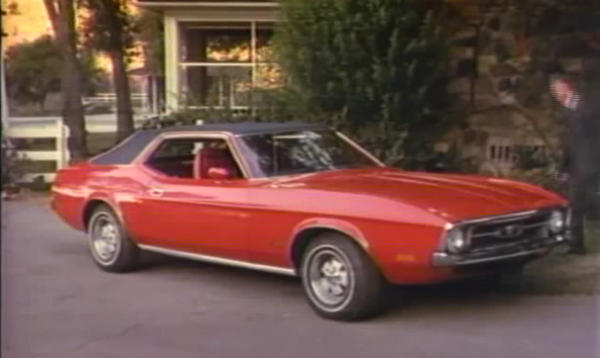 It doesn’t get much more American than this.

When two American icons meet that’s when you have something really special, which is what we get with the following Farrah Fawcett Ford Mustang commercial. Yes, it might not be for the “right” generation, but just enjoy the fact the actress in the prime of her career was hawking the quintessential muscle car.

It’s not just about the looks of the car, but also its performance. Laugh if you want since this commercial is for the Mustang II but Ford was desperate to keep the good times rolling. Convincing men that driving one would portray them as alphas women can’t resist was an understandable move.

Is that silly? Yeah, but it got the point Ford wanted to make across: drive a flashy pony car to impress the ladies like Farrah. You could argue if that works or not, but plenty of men and women today believe it does, so at least to an extent that’s probably true.

Bonus content: Farrah Fawcett was also a spokeswoman for the Mercury Cougar in the 70s. Here’s a commercial where she completely upstages the car, along with a surprisingly tame cougar.

Here’s another Mercury Cougar commercial starring Fawcett. These are obviously more overtly sultry than the Ford Mustang TV ad. It’s a more upscale car and that’s highlighted as well as Fawcett wears a slinky dress to further accentuate that vibe. The tone shifts for the 77 Mercury Cougar XR-7 commercial below, although that luxurious flair is still there.

Did these commercials persuade you to buy a Mustang or Cougar? If you weren’t old enough to buy a car, what do you think of them in today’s context?