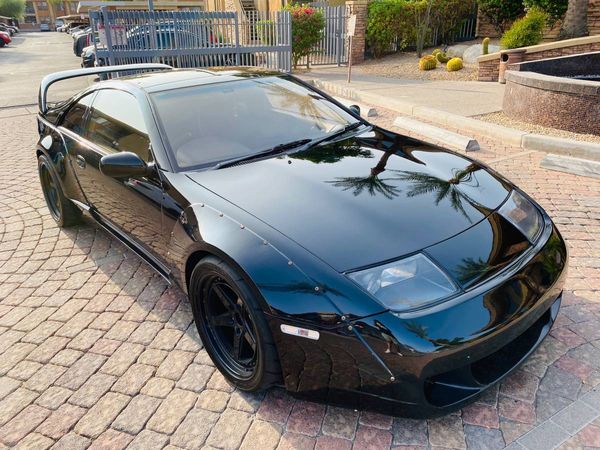 Low mileage, excellent condition, and a fine selection of desirable aftermarket upgrades make this Z more special than most.

Getting old sucks, but there is an upside for '90s kids who grew up on a steady diet of Gran Turismo, Initial D, and Wangan Midnight. Almost all of the cool Japanese forbidden fruits we drooled over as kids are now ripe for the picking.

Once a car is 25 years old, it becomes legal to import it to the United States. This means that you can finally own the Skylines, Soarers, Cosmos, and funky kei cars you've always wanted.

The car seen here is interesting, though, since it's a Japanese market version of a car we could actually buy there, the Z32 Nissan 300ZX. Why would someone bother?

There are a few benefits to buying a JDM version of a car that's readily available here, though. In many cases, the Japanese market received high-performance versions we never got here. One great example is the Toyota Celica, which was sold here as an inexpensive "sporty" car, while in Japan, you could own a turbocharged, all-wheel-drive rally homologation version.

That's not the case with this Z, though – we got the twin turbo variant stateside. Admittedly, there's something pure about owning the original, home market version of a car. It can be considered a more authentic experience by some.

The biggest benefit, though, is mileage and condition. In Japan, they generally don't drive nearly as much as we do here. As a result, the car seen here has covered just 14,000 miles since new. While right hand drive may take some getting used to, it's worth it, in our opinion, to get a Z this nice.

We found this car on Craigslist in Phoenix, Arizona for just under $30,000. Prices for '80s and '90s cars are steadily increasing – so if you spent your childhood lusting after a 300ZX, now is the time to buy.