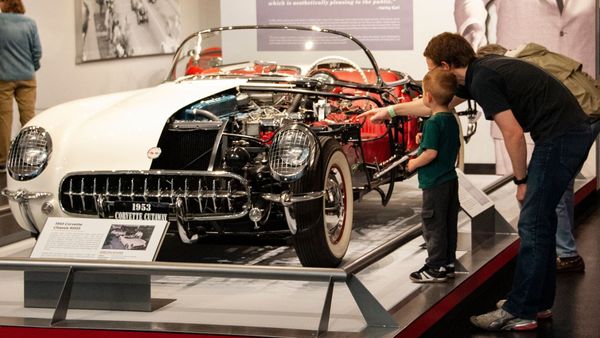 Don’t believe what you’ve been told…

Far too many automotive sites have pushed the false notion that Millennials and Generation Z care more about their Xbox or iPhone than car ownership. That myth has deteriorated as the economy picked up more recently and the youth have had the cash necessary to actually afford vehicles. Now, the same story about younger generations not caring about classic cars is also falling apart. We never bought into any of this nonsense, but plenty of people did.

This “shocking” news comes via Hagerty’s “Why Driving Matters” survey. What really blew the socks off unaware journalists was that Gen Z and Millennials are the most likely to say they have a classic or collectible vehicle.

Of course, in the methodology available for the survey it says nothing about defining what constitutes a classic or collectible car. Our own experience would indicate the older generations have far more restrictive definitions for both, a phenomenon that’s been around since at least the 1950s. In other words, people who were in their 40s when a car came out don’t want to admit it could be considered a classic, maybe in part because of what that means for their own mortality.

According to the survey, the two youngest generations also are the most interested in owning a classic or collectible car. Millennials lead the pack with 57% interested versus 53% of Gen Z. That’s only a few percentage points off from Gen X with 49% saying they’re interested, but things really drop off with Boomers at 33%. As Hagerty points out, that could be a function of most people’s income peaking in their 50s.

Some automotive sites still don’t get it. They’re spinning this news as a revelation that Millennials and Gen Zers are going to become members of the collector car community. News flash: there are already plenty who are in the hobby. But yes, more will join up as they have greater disposable income, just like what’s happened with every other generation since cars became mainstream forms of transportation.

An encouraging thing we spotted in the survey results was the fact a full 38% of everyone polled described themselves as “driving enthusiasts.” Hagerty did provide a definition for that term as someone “belonging to a vehicle club, taking part in off-road or racetrack driving and attending car shows and auctions.” While some of our colleagues have worried the hobby is dying out, we already knew it wasn’t, even if certain aspects of it are evolving with time.