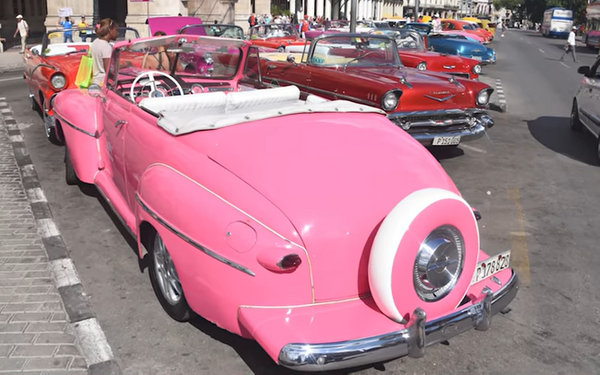 Bill Warner provides a unique glimpse into how Cubans relate to their automobiles.

If you’re like most American car enthusiasts, you’ve heard about the car culture in Cuba but have never seen it firsthand. Bill Warner, the Founder and Chairman of The Amelia Island Concours d’Elegance Foundation has been to the island nation and experienced the automotive scene there. While the video below still won’t give you firsthand experience, it can provide you with even greater insight into how Cubans relate to their cars.

Thanks to red tape, it wasn’t easy for Warner to go to Cuba. Because he was the head of a foundation and the trip would have been considered for educational purposes, that combined with some other exceptions meant he could visit the island.

From the way Warner describes things, Cuba sounds like one giant classic car museum. The pictures shown in the video only support that view. You can see all kinds of classic Fords, Chevrolets, Cadillacs, Plymouths, and even a fair share of those old-school Russian cars like Chaikas.

As many have pointed out, this car culture in Cuba has been born of necessity in a nation ruled by the iron fist of communism. The same could happen elsewhere and is a solemn reminder of that. As Cuba has become more open with the rest of the world, there have been reports of residents wanting to trade their old cars for something newer, an indication that they drive classics every day not out of a love of nostalgia but rather out of necessity.

Punctuating the above point is when Warner tells how he finally realized he was being shadowed during his visits to Cuba. Not surprisingly, the government was concerned he was interested in subverting the local authority, even though in truth he was just a car nerd satisfying a curiosity.

Were you to have a legitimate chance at visiting Cuba to check out the car scene, the question is would you go for it? It would be a unique experience and one few Americans have been able to have.