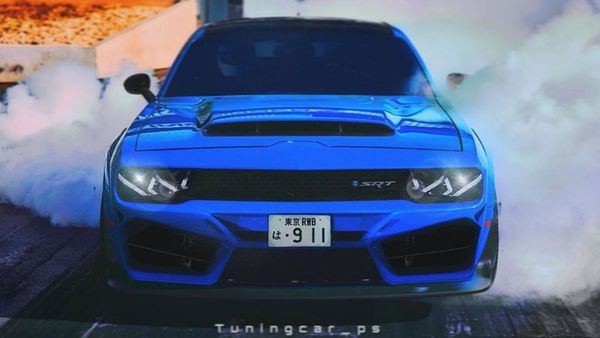 Hey, FCA is a mixture of the two cultures, and so is this car.

People sure love to give Mopars Photoshopped makeovers, which really tells you something about how inspiring their designs must be. Today we bring you an interesting mashup of a Dodge Challenger SRT Demon wearing a Lamborghini Huracan front bumper. Talk about a fiery combination!

The Instagram account tuningcar_ps even went so far as to follow up the front bumper swap with a rear-end makeover of the Demon using Huracan design. We admit to liking the rear more than the front, but that’s just us.

If you think about it in a roundabout way, all this actually makes sense. After all, Dodge is part of Fiat Chrysler, an Italian-American automaker. While the Challenger is viewed as a symbol of American muscle, Lamborghini stands for exotic Italian performance. In a way this is celebrating the union of American and Italian design, sort of, even though Lamborghini is owned by the Volkswagen Group.

There’s another way of looking at this digital mock-up: it’s just for kicks. Some people like to whittle ducks out of wood or restore vintage motorcycles. Others crave using Photoshop to slap parts of exotic European supercars onto Mopar muscle machines. Having a hobby is healthy, and this acts as a form of entertainment for people whose hobby is perusing Instagram.

Would such a project work in the real world? That’s a good question. One could take the time to look up the front-end and rear-end width of the Lamborghini Huracan and compare them to the Dodge Challenger SRT Demon. Even better, you could go out to the garage to measure the bumpers on both cars, if you owned them. Some crazed mad scientist is probably sitting in his garage trying to figure this out right now.

The more important question is what would a mixture of logos from these two look like? Maybe a Demon riding a bull? That would be worth the time to create and sell as a decal, because people aren’t focusing enough on the possibilities of part swaps between Lambos and Demons and it’s time we change all that.