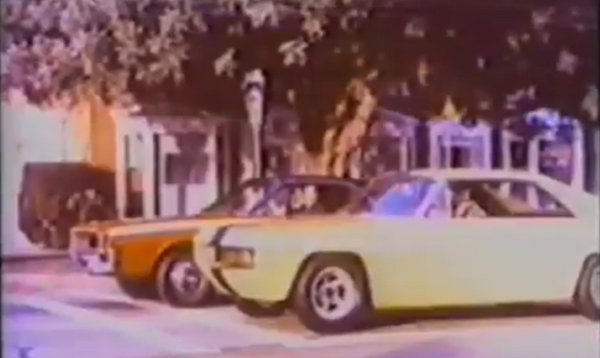 What else would you expect?

Quirky cars are fun, because there’s just too many cookie-cutter models out there, even among the classics. That’s why we love AMC and so do a fair number of others. After all, cars like the AMC Javelin and AMX dared to be a little or a lot different. They were a breath of fresh air, something we could desperately use in today’s new car market.

The 1968 AMC Javelin commercial really sums up what the muscle car was all about. Instead of some raucous young guy driving it, there’s a middle-aged man in a suit and tie. He’s not exactly who you’d expect to see behind the wheel of a performance car of any sort, yet he looks completely at home in the Javelin. Other people just assume he must be some sort of wild child, goading him to race, etc.

Unfortunately, a quirky reputation doesn’t mean everyone will appreciate something. While cars like the Porsche 911 are certainly different, they’re well-accepted and highly sought-after in the collector market. Meanwhile, you can take an AMC Javelin and put it up against a Ford Mustang, Dodge Challenger, and Chevy Camaro of the same year and comparative configuration, yet find the values today are vastly different.

That quirky reputation is a double-edged sword. While you might have an old AMC you wish were worth more, people who want to experience a legendary muscle car can grab something like a Javelin for relatively little money. They’re more accessible because not everyone and their grandma’s dog is desperate to pay almost anything to own one.

At a time when people complain about the unattainable values of other classic American muscle cars, the AMC Javelin is one the average Joe might be able to actually own. That’s the upside of such a quirky, off-beat classic car.