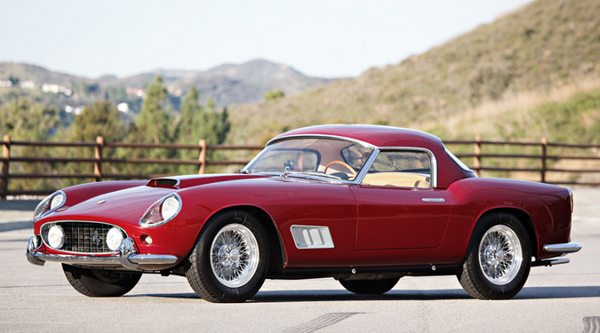 It might be one of the most expensive auction vehicles for 2020.

Most cars that cross the auction block never have a chance at cracking into the six digits. It’s even rarer that anything hammers at seven digits, but this 1958 Ferrari GT LWB California could hit eight-digit territory at Gooding & Company’s Amelia Island 2020 auction. This classic Ferrari is estimated to go for up to $11,000,000 and it’s in part thanks to one rare feature.

Any Ferrari 250 GT California would fetch a hefty price at auction, but this one is far from ordinary. It boasts such honors as the Platinum Award at the 2008 Cavallino Classic in Florida and Third in Class at Pebble Beach Concours d’Elegance 2007. A thoroughly-documented and impressive provenance includes former owners from Switzerland to Japan. In addition, this car has been featured in several books throughout the years.

Crafted by Scagliettiin Modena, this California Spyder has many features shared by its contemporaries, such as the characteristic fender vents, hood scoop, taillight shape, and minimalist bumpers. However, one of the rare elements for this Ferrari is the covered headlights. A mere 38 were built with this feature, so any time one becomes available collectors immediately take notice.

There is another extra this car comes with which you won’t find easily on other examples: a removable hardtop. Yes, most people are interested in California Spyders because of the open-air driving experience and that trademark side profile. But the removable hard top is a way to greatly alter the look of the car without changing its factory configuration, something which is unthinkable for a concours-level classic Ferrari.

Nine other high-roller cars will cross the auction block at Gooding & Company Amelia Island 2020. Each one of those, like this Ferrari, are estimated to fetch seven figures. Among them is a survivor 1969 Lamborghini Miura. Obviously, the auction will be interesting to watch this weekend.