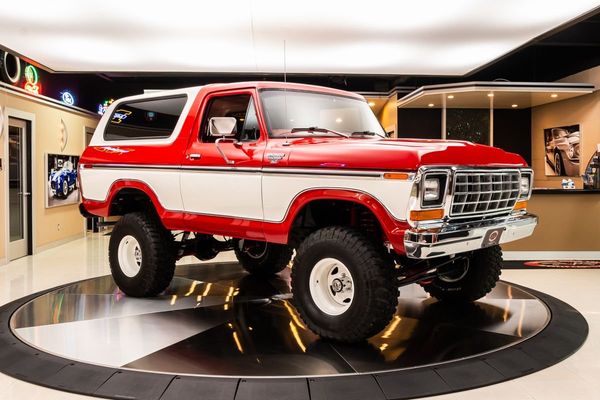 Here's a look at the four generations of big-body Broncos.

Prices have skyrocketed for the first-generation Ford Bronco in recent years, and that will continue to happen when Ford introduces its all-new sixth-gen Bronco on July 9th. Fortunately, the big-body Broncos (built from 1978 through 1996) are still readily available – and usually at decent prices – for buyers looking for a classic SUV that is rugged and increasingly collectible. The basic design of these Broncos didn't change all that much over the years, so here's a quick rundown of the four generations of big-body Broncos (not including the compact 1984-90 Bronco II, of course).

After 11 years of production for the original Bronco, the second-gen body only last for two years as Ford switched to the larger F-Series platform to compete against the Chevy Blazer, Dodge Ramcharger, Jeep Cherokee (SJ) and International Scout II. The 1978 model year was the only year for this body with round headlights (square on the Ranger trim), but for the most part, they were identical to the Ford pickup trucks.  and featured a removable roof over the rear seats. Unlike the completely removable top from the original Bronco, this model and the subsequent designs only had a removable roof over the rear seats.

The 1978 Ford Bronco Ranger XLT you see above is currently for sale through Motorcar Studio for $19,900.

An all-new F-Series debuted in 1980, and the Bronco was updated as well with a more squared-off body and reintroduced a straight-six engine. This generation was also the last Bronco to have the iconic bucking horse emblem on the front fenders (1982), and it was the first to offer the Eddie Bauer trim level (in 1985).

The 1982 Ford Bronco XLT Lariat shown above is being sold for $28,995 through Streetside Classics.

Following the introduction of the eight-generation F-Series pickup in 1987, the Bronco was redesigned for its fourth generation. Some of the highlights for this generation include the first-ever leather interior offered on a Bronco (1991) and a new Nite special edition with an all-black paint job and contrasting blue/purple body graphics.

If you like unmodified Broncos, check out this 1987 Ford Bronco XLT listed through 4-Wheel Classics for $9,900.

The redesigned fifth-generation Bronco debuted in 1992, and it once again combined the styling of the coinciding F-Series with a modified version of this pickup's platform that was used for the original big-body Bronco. These Broncos added even more luxury and style, but they also featured a top that was now much more difficult (although not impossible) to remove. When Ford introduced its tenth-generation F-Series in 1997, the four-door Expedition replaced the Bronco.

This 1995 Ford Bronco XLT Sport is proof that the roof can be removed, and you can buy this rig (with its top) for $16,900 through GT Auto Gallery.