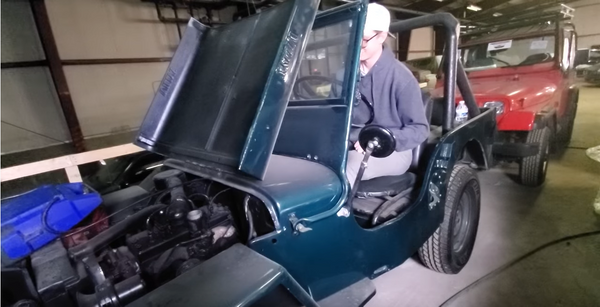 How can someone just leave these beautiful cars sitting like this?

For most enthusiasts it’s amazing to see these huge collections of barn-find condition cars like what’s featured in the video below. Thankfully, someone is doing something with these vehicles, at least for now, starting them up and making sure they’re functioning at the most basic level. But the big question you have to ask is why anyone would buy a classic Porsche, Toyota Supra, Mercedes-Benz G-Class, etc. and then just leave them sitting without car covers or any kind of protection?

Seriously, the guy who owns these cars seemingly did nothing special to store them, which is just insane. Over time tires will form flat spots unless you take them off and put them on a rack. Fluids accumulate condensation and go bad. Rodents have been known to eat through wiring. And while that nice blanket of dust might seem to be preserving the paint, a nice car cover would do a much better job.

Anyway, this video is still interesting as the guy from the YouTube channel LegitSteetCars gets the keys for each of these vehicles and then tries starting them. There are some amazing rides, like a Porsche 928, Toyota Supra Mk III, PlymouthTrail Duster, Willys Jeep, and many others. It’s truly worth watching, especially if you want a fun distraction from the stresses of daily life.

This guy doesn’t have much luck with a lot of the cars. Some will crank but that’s it. He at first said he wasn’t going to diagnose anything, but then he caves and does a few simple things to see if he can figure out why the different cars won’t fire up. Basically, the video is a testament to why if you are going to store a car you should put stabilizing fluids in and take some other steps to truly preserve it, otherwise getting everything running later will be difficult.