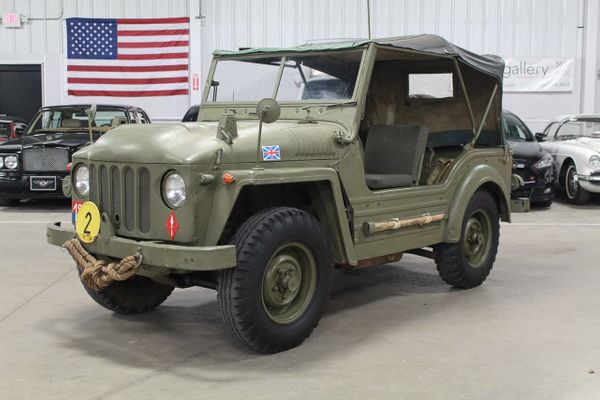 The Land Rover may be Britain's best-known 4x4, but for a time in the 1950s, its claim to the throne was contested by the Austin Champ.

The Champ was developed in the 1950s by Austin as a military vehicle for the British army. In many ways, it was far superior to the Jeeps used by the US military, as well as early Land Rovers.

The Champ was powered by a Rolls Royce-built four cylinder engine that proved to be nearly waterproof in the field. Champs also featured a full synchromesh transmission, which made it unique among its contemporaries.

Unfortunately, these advanced features made the Austin Champ very expensive. Despite its impressive ability, it gradually fell out of favor. It was only produced for fewer than five years, from September of 1951 through May 1956. However, it remained in service with the British Army through the late 1960s.

A civilian version was made available shortly after production commenced, but it proved to be unpopular. Roughly 500 examples were produced, mostly for export.

Most civilian Champs featured an inexpensive Austin A90 engine, and all of them received a fixed windshield. Naturally, accessories such as rifle racks were omitted as well.

The Champ seen here was originally a military model, and now it's yours for civilian use. This is a "Fitted For Wireless (FFW)" model, which means that it's fitted with extra batteries and an improved charging system to prepare it for communications equipment.

If you'd like to add this unique piece of militaria to your British car collection, you can find it right here on Motorious. It's currently located in Traverse City, Michigan at GR Auto Gallery, with an asking price of $13,900. If a classic, WWII-era jeep is just too common for your tastes, this could be just what you're looking for.