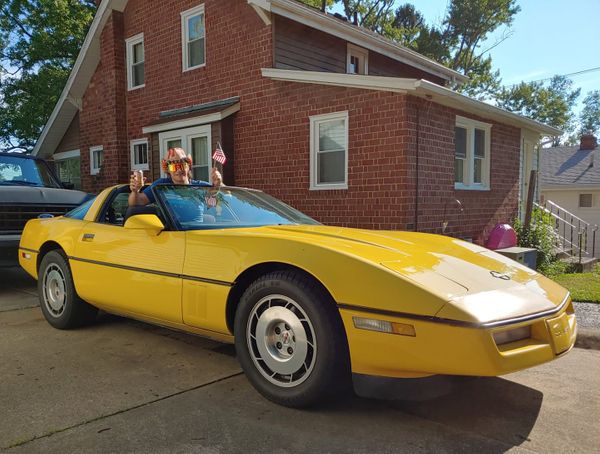 Sometimes it's important to get out of the weeds, stick your head firmly in the clouds, and let yourself enjoy things.

My life is cars, and it's been that way for as long as I can remember. I mean that quite literally. My first memory is of a car show, and I learned how to read by identifying cars in parking lots and looking at the badges on the trunklid.

From that point on, I read car magazines with a voracious appetite for information about the newest and fastest machinery around, as well as the classics. Growing up, it seemed like there was a new "fastest car in the world" every few months. It was an exciting time.

In those days, all that mattered to me and my friends was how a car looked and how fast it was. We didn't give a single thought to build quality, reliability, or warranties. You can forget about practicality, value, and fuel economy, too.

That boring stuff was for total dorks and/or grown ups. We were all going to grow up and be computer hacker astronaut rock stars who moonlight as cops/cowboys/cowboy cops, and we'd pull up to the red carpet in a purple Vector/teal ZR-1/yellow 993 Turbo S with Pam Anderson/Courtney Cox/Alicia Silverstone in the passenger seat to accept our Grammy for Best Metal Album in the Universe, Forever.

We'd collect Hot Wheels and Matchbox cars of our dream machines and push them across the blacktop during recess. We'd disappoint our parents at the Scholastic Book Fair by blowing the $10 they gave us on that year's Porsche or Lamborghini poster instead of the Gary Paulsen book we were supposed to buy. We'd disappoint ourselves when we tried to assemble a model kit of our favorite car and wind up with a thumbprint right in the middle of the windshield.

Many a lunchroom battle was fought over published 0-60 times, skidpad numbers, and horsepower figures. As we got older and we got our hands on racing games like Need For Speed, Test Drive, and Gran Turismo, these discussions only grew more spirited.

Our inside voices would crescendo into full-blown shouting matches, with lots of finger-pointing at nothing in particular. Lunch aides would mobilize, ready to intervene should a fight break out. Eventually they realized that we actually liked each other – we just liked our brand better. Ford vs. Chevy. Porsche vs. Ferrari. Jaguar vs. Lotus. The only car everyone agreed on was the Viper.

Most importantly, though, we didn't care about being too cool for the room. Living in the Internet age, we seem to have a tendency to try to outdo each other on forums, in Facebook groups, and in comments sections with our knowledge of obscure cars. In doing so, we've become a lot like the boring grown-ups we used to sneer at as kids.

We are now a culture of Manic Pixie Car Enthusiasts. We're not like the other car enthusiasts, we only like weird things! We won't even bat an eye at seeing a new Ferrari in traffic (that simply doesn't satisfy our cultured palate anymore), but would you just look at that Olds Achieva parked on the street! Why, that might even be an ultra-rare, high-performance Achieva SCX! See, we don't like conventionally cool or popular things, like everyone else! Liking different things than most people is our personality! We're so zany!

I'm not immune. My current obsession is my 1987 Merkur XR4Ti, Ford's attempt to woo BMW and Saab-buying yuppies in the late 1980s. The goal was to get them into Lincoln/Mercury dealerships with the European Ford Sierra, rebranded with a difficult-to-pronounce name. Unsurprisingly, it didn't work. It's an interesting historical footnote, and I get off on owning the only one in my neighborhood.

I bought it because it's got the same 2.3 liter turbo four-cylinder as a Mustang SVO or Thunderbird Turbo Coupe, but with a far better chassis, and because I have a thing for unusual 1980s and 1990s Fords.