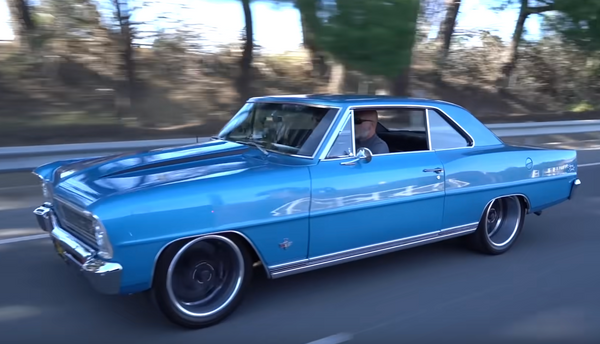 Restomods are cool, but all builds don't have to be the same.

Up to this point, classic restorations have typically gone one of two ways. Either the goal is to return the car to its former glory or to bring it into the 21st century with all the modern goodies that can be retrofitted. Both of these options are excellent routes in their own right and both can boost the car’s resale value if done correctly but both have their downfalls.

Old cars are not always the most comfortable or reliable cars to drive, making them a mediocre choice as a daily driver at best and restomods can end up costing an extraordinary amount of money. However, if you are building a car for show or sale, either of these paths will get you where you want to go. But if you want something that you can drive on a daily basis and turn heads, then the solution is simpler than you think. Aim for somewhere in the middle and you’ll end up with an eye-catching hot rod that handles well enough to get you wherever you need to be.

Such is the case with this 1966 Chevy Nova SS that caught AutotopiaLA host Shawn Davis’ eye at a quarantine cruise. Jeff, the owner, bought the Aqua Marine Blue car as a non-matching numbers car that only needed minor rust repair. He then stuffed a decently built Chevy 350 under the hood, paired it with a 700R4 transmission and a Ford 9-inch rear end, and commissioned Scott’s Hot Rods to build a full suspension system complete with coilovers and Wilwood brakes. The only interior modifications are a set of low-back seats that look like they could have come in the car originally and a mild stereo upgrade.

While the car is definitely far from a burnout machine and it is absolutely not a numbers matching survivor, it doesn’t have to be. The old school Chevy has a killer sound, a clean look, and handles good enough to comfortably drive everyday.