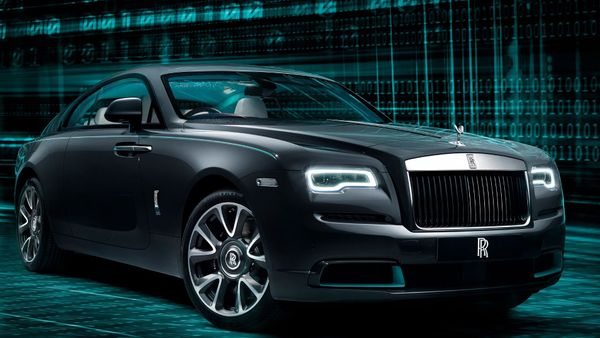 Take that red pill and enjoy the game which comes with the car.

Among ultra-luxury cars, the Rolls-Royce Wraith is a standout. Not only is it far more expensive than pretty much any rival, it has a reputation to be seriously envied. However, as anyone who’s run a business knows, your worse enemy as a market leader is complacency. To keep things interesting and fresh, Rolls-Royce regularly releases over-the-top limited edition models. This latest one, called the Wraith Kryptos, gets its inspiration from The Matrix. Plus it’s literally hiding a puzzle for owners to solve.

That’s right, the movie about taking the red pill and waking up to the fact humans are being controlled by machines in an elaborate world of complete simulation has acted as design fuel for an ultra-exclusive luxury car which probably costs more than your house. Truth really is stranger than fiction.

Rolls-Royce uses fiber optics headliner in the Wraith Kryptos to create the effect of an “in-motion data stream” instead of the usually starry night motif. That’s just part of the fun, because there’s a mystery wrapped in that headliner, almost like you’re driving in an escape room.

According to the automaker, a “coded message” is out in “plain sight” on the cars. It’s all “denoted by ciphers developed in absolute secrecy.” Pretty interesting stuff. Just wait until the theories about the Illuminati controlling BMW Group pop up.

This unique approach to vehicle design no doubt will keep interest in the Rolls-Royce Kryptos high for decades to come. It’s quite the creative approach to marketing, we must admit.

Nobody is getting their hands on the key to the hidden code, because the secret is kept in a safe kept in Rolls-Royce CEO Torsten Muller-Otvos’ office. The plot thickens. That means owners will have to look at clues all over their car.

While the headliner with its Matrix-style pattern seems to be an obvious place to look for cues (plus it’s just cool to stare at), the Spirit of Ecstasy hood ornament is another. Around the base is what appears to be Morse code.

Another potential clue: the paint. Flecks of blue-green have been designed to only show up in sunlight. Rolls-Royce also used glow-in-the dark stitching throughout the interior. Owners are going to be literally going through every stitch of their car.

If someone thinks they’ve cracked the code, they can submit their theory to Rolls-Royce through the Whisper app. Only verified vehicle owners have access.