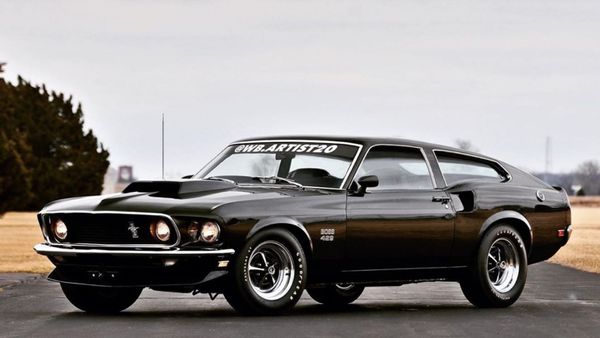 Look mom, now it’s a muscle wagon and we’re going to be sick!

People will argue endlessly about whether a vehicle is a wagon or a shooting brake. We’ll leave that to those with pretenses and something to prove. What we know is wagons or shooting brakes aren’t the future of muscle cars, no matter what anyone on this or the European continent thinks. That was proven definitively with the Dodge Magnum. We’re not saying we didn’t like the thing, but it was not a roaring success. Now an artist has decided to push for this trend to catch on by turning Paul Walker’s 1969 Ford Mustang Boss 429 into shooting brake.

The very first question which comes to our mind is why? Is there really something wrong with the look of a ’69 Boss 429 that you have to fuglify it like this? Being one of the more desirable Mustang models out there, you can rightfully be offended by this artist’s work.

Basically, the rear end of the pony car is stretched out. To emphasize the change, the rear quarter window has been elongated as well, which honestly adds to the weirdness. Maybe it wouldn’t be so bad if it had louvres? Even better would be to not create the rendering, but it’s done and saved to the internets now, so too late for that.

Wb.artist20 on Instagram is responsible for this creation. While this might have been an optimistic move, a good number of the comments on the post aren’t the least bit positive. In other words, people don’t like anyone messing with the fundamental looks of a classic American muscle car. Who would’ve thought?

In case you actually do care, the shooting brake has its origins in the time of horses and wagons. It was a specific wagon designed for going on hunting parties, hence the name. We’re just waiting for the term to be cancelled once certain people figure this out.