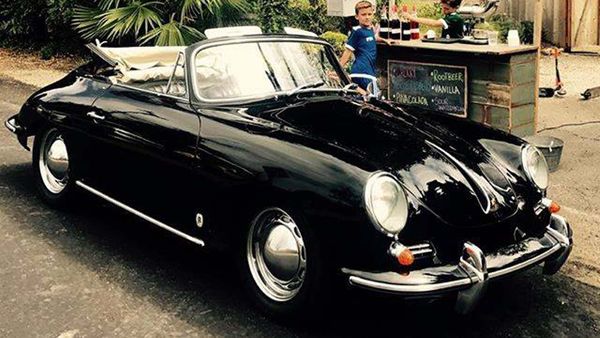 This 356 replica took his breath away.

As a Porsche race team owner, it's no wonder that Patrick Dempsey's social media feeds are filled with pictures of these cars both on and off the track, but the actor/racer's first foray into the world of Porsches came courtesy of a 356 Speedster replica that had a much larger starring role at the time. According to a 2016 interview with Driving.co, Dempsey's first Porsche is the exact same 1963 Porsche 356 Speedster from Top Gun.

In that interview, Dempsey says that he bought the Porsche after his "first big job in Hollywood," and that it cost him his entire paycheck at the time. Surprisingly, his collection has stayed relatively low over the years, but that Porsche isn't going anywhere. It's the very car that Kelly McGillis drives in the movie, and while it's a kit car, a little Hollywood magic dubbed in the real sound of a legit Porsche engine.

Dempsey purchased his Porsche long before he became a household name on Grey's Anatomy, but surprisingly, his collection has stayed relatively low over the years. He has owned classics such as Ferrari 365 GTB/4 Daytona, Mercedes-Benz 280SE, Jaguar XKE120 and a Jaguar E-Type as well as late-model collectibles such as a 2010 Porsche 911 GT3 RS and 2016 Porsche 911 Targa.

While the Ferrari, Mercedes and Jaguars were eventually sold off, his social media feed shows a healthy dose of classic Porsches including the 356 Speedster, which he says he'll never sell.