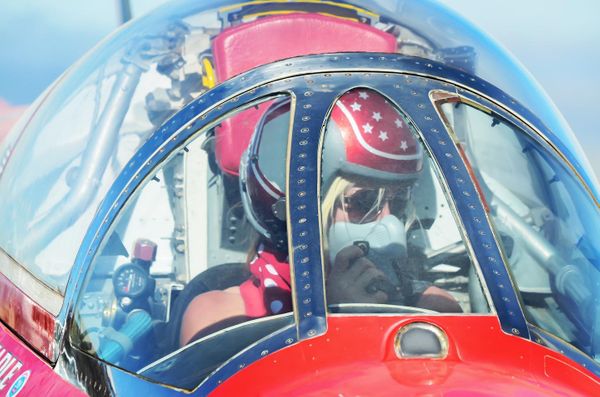 It's official. Jessi Combs, the late television host and race car driver, has been officially awarded the record holder of "Fastest Woman on Earth" posthumously by Guinness Book of World Records.

Last August 27th, 2019, Combs was in the Alvord Desert in Oregon with one main goal in mind - to break the female fastest land speed record. Tragically, Combs died while trying to set this record.

Combs was able to reach of speed of 522.783 miles per hour in a four-wheeled North American Eagle Supersonic Speed Challenger. She broke a record that was set over 40 years ago. The previous record holder would be Kitty O'Neil who grabbed that title back in 1976 while piloting a jet-powered car with three wheels and reached a speed of 512.7 mph. Jessi Combs used that same Supersonic Challenger back in 2013 which propelled her 398 miles per hour to nab the record of "Fastest Woman on Four Wheels".

According to the Harney County Sheriff's Office, it was likely that one of the front wheels struck an unknown object which caused it to fall off the car during the run somewhere near 550 miles per hour. Combs was just 39. Her cause of death was blunt force trauma.

Jessi Combs was a female role model in the scene of motorsports. She was well-rounded when it came to many categories in the automotive industry as she was a talented fabricator, had designed a line welding gear for women, and represented the American Welding Society. She was also a builder and an advocate for women in the motorsports industry that is mainly male populated. She has appeared on the television shows Overhaulin', Mythbusters, All Girl's Garage, and was a co-host on Xtreme 4x4 from 2005 to 2009.

Godspeed, Jessi. You did it!