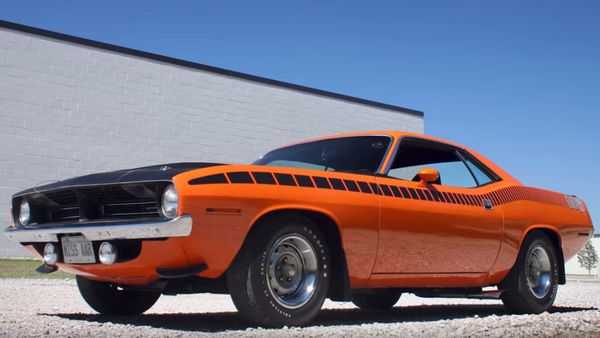 You’ve heard the rumors, but you might not know everything.

Back in 2006 Mopar fans had real reason to celebrate when Chrysler showed off the Dodge Challenger concept car. After a long time wandering if the desert without a pony in the muscle car race, suddenly Dodge was going back to its glorious roots. And while the Mopar faithful were certainly grateful, the rumors about the greatest muscle car of all time returning began. We are, of course, talking about the Chevelle. Totally kidding, this is about the ‘Cuda.

The Plymouth brand died a painful, almost irrelevant death, so the new ‘Cuda would have to be a Dodge, but that’s a sacrifice fans are willing to make. Only here we are 14 years later and there’s no solid evidence the beloved muscle car is coming back – or is there?

Actually, there’s more solid evidence the Barracuda nameplate, which is far too often confused with the ‘Cuda, could make a comeback. For some that’s close enough, especially since Dodge could then release a more potent ‘Cuda model like what it’s done with the Hellcats.

We’ve seen an unofficial ‘Cuda concept, Fiat Chrysler keeps renewing copyrights to the Barracuda and ‘Cuda names, plus there’s more evidence detailed in the video. And then there are the many, many fan renderings.

The real question everyone has to ask, especially executives at Fiat Chrysler, is whether or not a modern Barracuda or ‘Cuda would even make sense? Sure, the enthusiasts would go absolutely nuts over the car, at least at first, but would that last? It would have to be truly awe-inspiring when it came to performance or the disenchantment would kick in hard and fast. Then the question is if regular Joe or Jane car shopper would even be interested in it?

Kick back, pull out the popcorn and review the evidence that’s piled up pointing towards the return of the Barracuda name to the Mopar lineup.

Do you think Fiat Chrysler is going to make another Barracuda or ‘Cuda? If so, would it be a Dodge or under another brand? Leave a comment below and let us know what you think.