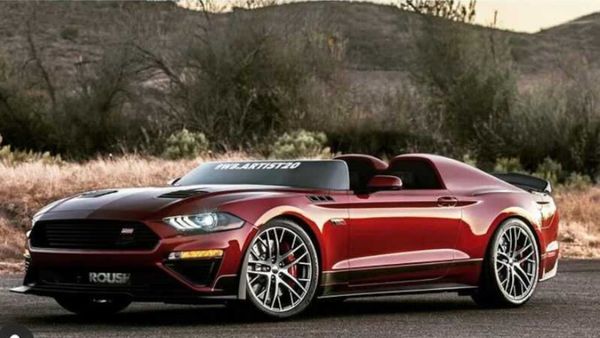 This is a rare, new breed of muscle car…

One of the hottest newish trends among exotic European brands is to make a speedster model, either based off an existing car or something designed from the ground up, then sell it for top dollar. These speedsters are limited-run models and not only do you need tons of cash to get one, you need to know someone. Well, an artist decided it was high time the common man got the same kind of experience at a fraction of the cost, hence this rendering of a Roush Mustang Speedster.

If you made it to the end of that first paragraph, instead of just looking at the picture and reading the headline, congratulations. We have no doubt there are people mumbling to themselves or complaining loudly to their significant other about how Ford’s making some weird Mustang Speedster for hipsters or whatever and everything’s going to hell.

This rendering obviously isn’t for everyone, including Ford. There’s no doubt it would never inspire a production car, but it might give someone the idea of pursuing and aftermarket kit. We don’t think the market for such a pony would be huge, but someone’s going to think this is too cool.

In true speedster fashion, the windshield has been chopped way down, but at least it has one, because some don’t, which is truly a hair-raising experience. Twin nacelles add to the characteristic speedster fashion, plus they’re quite functional on the real thing. Other than those big changes, this Roush Mustang looks unchanged, so we’re assuming the artist didn’t intend for any performance upgrades beyond the usual.