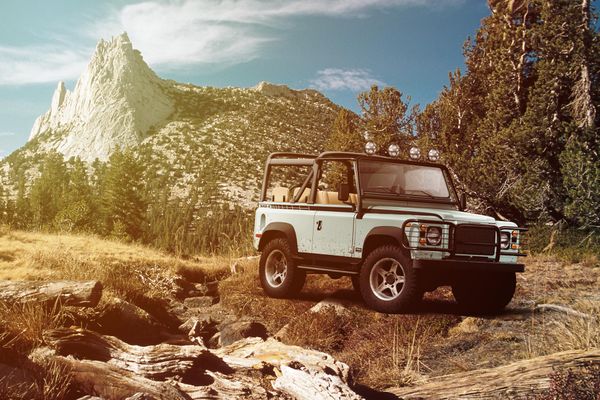 There's been a lot of news lately about classic vehicles being converted into all-electric restomods, but as of yet, there's been no word as to U.S. availability. UK-based Twisted Automotive is planning to change that when it introduces a series of electric Land Rover Defenders, and while test drives won't start until October, reservations are open now.

Based on the North American Spec short-wheelbase Defender 90 models, Twisted's NAS-E lineup combines a modern electric powertrain with the classic Defender style, and the initial run – called the California Series – will have production limited to just 30 units. Only three colors will be available on this first run of models, and all reflect the California name sake: Malibu (yellow), Yosemite (green) and Tahoe (blue). All of these Defenders are the two-door, seven-passenger model with a three-person bench up front and four folding seats in the rear.

Speaking of price, the standard NAS-E model will have a starting price of $185,000, while the more powerful and well-equipped NAS-E Plus will cost $220,000.

Considering most restomod Defenders are selling for this general price range, would you spend this kind of money on an all-electric off-roader?