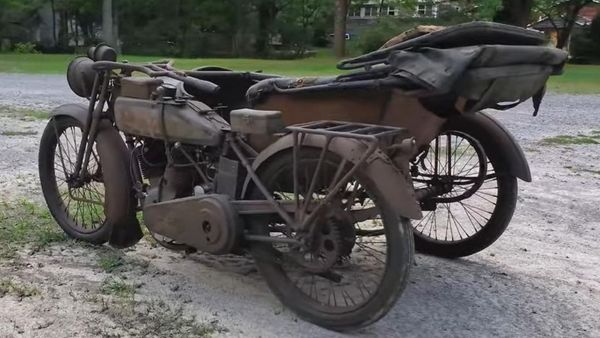 This has got to be the craziest factory motorcycle out there.

One of the reasons people don’t get involved in riding motorcycles is they’re not confident in their ability to balance on two wheels. That’s something which takes plenty of practice to master and in this time when drivers don’t even want to learn how to use a manual transmission, mastering how to balance a motorcycle isn’t a priority. While that might seem like an entirely modern attitude, apparently somebody in 1916 was of the same mindset because they paid Harley-Davidson to design a bike which could be driven entirely from the attached sidecar.

They say truth is stranger than fiction, and in this case that seems to hold true. This vintage Harley-Davidson was customized in the factory, not by an aftermarket shop. The handlebars are bent in this strange configuration so the right one extends over the sidecar and the left one comes right up alongside it. That would mean the driver would sit with his left arm over the edge of the sidecar. As far as we know, this is the only Harley of this type ever made and it’s truly bizarre.

We don’t know who ordered this Harley-Davidson, but it’s obvious the person was nervous about riding for whatever reasons. The Wheels Through Time Museum in Maggie Valley, North Carolina which houses quite the collection of vintage motorcycles found this unique Harley through a friend who bought it at an estate auction in Pennsylvania back in 2006. Amazingly, it survived all that time with no restoration or modifications. Everything from the ratty sidecar seat upholstery to the folding convertible top is original.

You’ll note some interesting design choices on this 1916 Harley-Davidson. The sidecar is a double-wide, something the company pushed as a way to transport the family back before cars became popular. You can see the brake lever on the one handlebar, but in the floor is a brake pedal, plus the kickstarter and clutch. Instead of a seat on the motorcycle there’s a toolbox, while a second toolbox is situated on top of the fuel tank.

This bizarre ride popped up just when we thought maybe we’d seen it all, so we’re going to stop thinking that’s even possible. 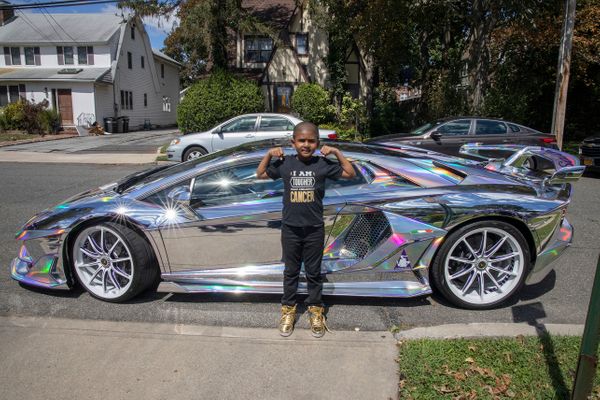 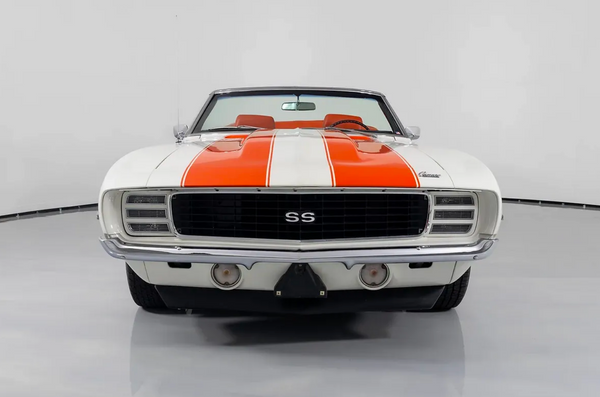