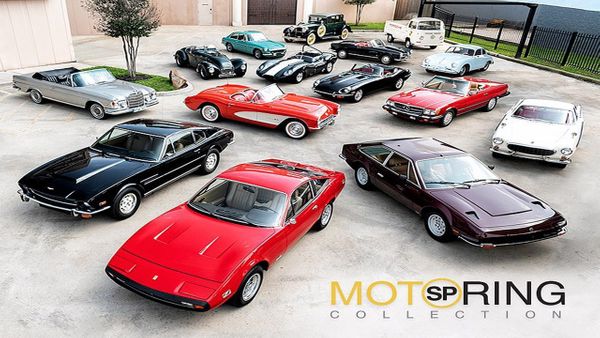 This amazing auction has something for any collector.

The best part about perusing Bring a Trailer listings is the incredible assortment of vehicles from all eras that appease all tastes, and the Spring Motoring Collection presented by DriverSource is a prime example. This collection of 15 highly collectible vehicles represents five countries and spans a total of 73 years, and each of these classics will be up for auction this month.

British cars are the best represented of this auction with five diverse offerings. The coolest of these British cars is definitely the 1959 Lister-Jaguar Costin Tribute, which is a replica that was built by Tempero in the 1980s and then raced in the 1990s before being bought back by Tempero later. It was brought to the U.S. from New Zealand by a prominent Jaguar collector. To tie in with this British racer, there's also a period-raced 1946 Allard K1, and rounding out the cars hailing from the U.K. are the 1978 Aston Martin V8, 1971 Jaguar E-Type OTS and a 1972 MGB GT coupe.

No collection is complete with German and Italian beauties, and this collection has plenty including a 1972 Ferrari 365 GTC/4, 1969 Mercedes-Benz 280SE Cabriolet, 1974 Lamborghini Jarama S and 1958 Alfa Romeo Giulietta Spider Veloce 750F. Pickup truck fans will appreciate the cargo-friendly 1968 Volkswagen Type 2, and late-model enthusiasts can check out the 1989 Mercedes-Benz 560SL. If you're looking for a project, there's even a clean-looking 1959 Porsche 356A that is a non-running but numbers-matching project. A couple American icons and a sporty Volvo round out BaT's Spring Motoring Collection with a 1957 Chevrolet Corvette, a gorgeous 1926 Duesenberg Model A Opera Coupe and 1964 Volvo P1800S.

Some of these auctions have already started, so head over to Bring a Trailer for your shot at one of these classic cars.