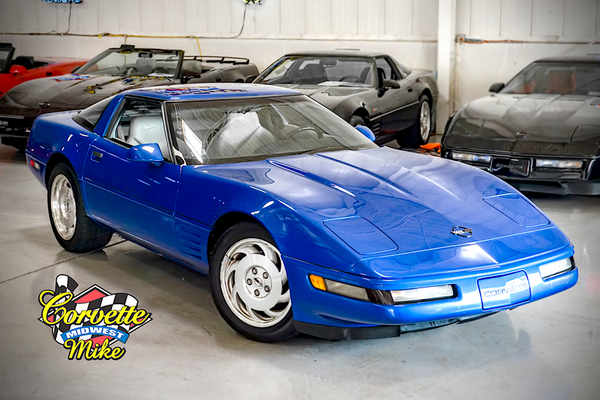 These C4s are a bargain!

The fourth-generation of the Corvette, commonly called the C4, is only on a sharp incline in popularity in recent years. As many have been ill-cared for, or wrecked, the number of C4s on the road has been reduced drastically, only adding to their desirability. These are some

This ZR-1 is part of the 'King of the Hill' Corvette family, and it's been properly taken care of over the years. The LT5 powered Vette produces 405-hp and 385 lbs. of torque. This example has only 18,460 original miles on the clock, and has never been exposed to the elements.

Check out this one owner 1993 40th Anniversary Corvette Coupe. The Z25 anniversary package included the Ruby Red exterior with special insignias and the Ruby Red leather interior. This stunning example has only 32,100 original miles on the odometer. On top of that, it is fully optioned with the RPO Z25 40th Anniversary package, 350cu in 300hp with automatic transmission, air conditioning, dual six way power seats, Bose System with CD and cassette player, performance axle.

Corvette Mike Midwest is always looking for Corvettes and Muscle Cars to buy or consign.  Corvette Mike will market your car nationally. If you have one vehicle, or a collection, please call Marty at 630-230-0441 or email martyf@corvettemikemidwest.com.