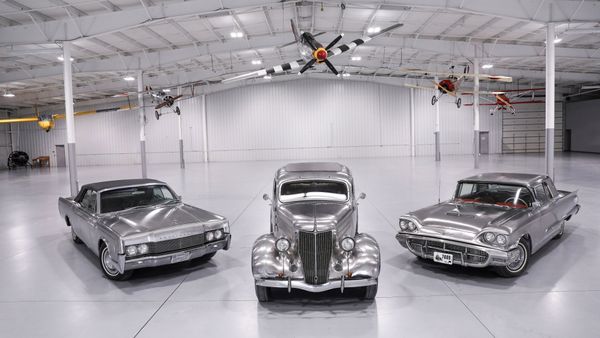 Only 11 of these cars were built in a marketing partnership between Ford and Allegheny Ludlum Steel.

The DeLorean DMC-12 and Tesla Cybertruck might be the vehicles most commonly associated with stainless steel bodies, but in 1936 and then again in the 1960s, Ford Motor Company teamed up with a steel manufacturing company, Allegheny Ludlum Steel, to produce a limited number stainless steel Ford and Lincoln cars. This partnership resulted in 11 stainless steel classic cars being built in 1936, 1960 and 1967, and these three examples will be auctioned off as a single lot in September.

In an attempt to show off the durability and aesthetics of stainless steel, Pittsburgh-based Allegheny Steel commissioned Ford to build a total of six 1936 Ford Tudors, and each would log more than 200,000 miles over the next 10 years as promotional vehicles driven by Allegheny executives. Only four of these cars are known to have survived to today, and one of them is on permanent display at the Heinz History Center in Pittsburgh.

Fourteen years later, the two companies teamed up again to create a pair of 1960 Ford Thunderbirds built from T302 stainless steel, and like the Tudors, these cars were driven frequently with both cars surviving today with the original stainless steel exhaust systems and more than 100,000 miles on the odometer. The last cars produced in this stainless steel partnership were a trio of 1967 Lincoln Continental Convertibles.

All three of these cars have been owned by Allegheny since their production, which means the upcoming auction will be the first time these cars are owned by private hands. Even cooler, these cars will be auctioned off at no reserve as a single lot to ensure that, at least for now, these stainless steel Fords remain together.