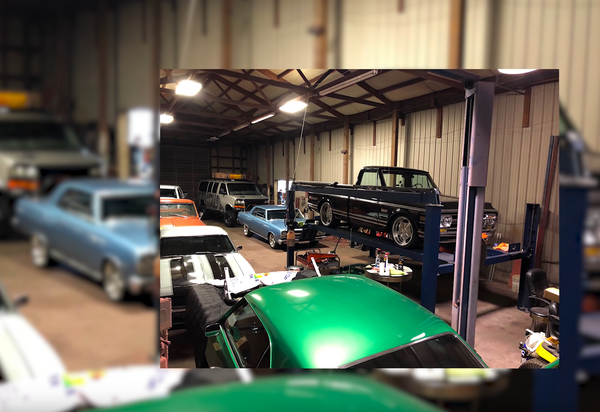 Two celebrities team up to find the ultimate garage space in Greenville.

Rob Pitts of Rabbit’s Used Cars and the host of the Hot Rods and Happy Hour Show is quite the interesting character. He hawks restored American muscle cars all the time, like Ford Mustangs, Chevrolet Camaros, and Plymouth Road Runners. You know a story told by the man is going to be entertaining, because he’s lived some crazy experiences. His story of trying to track down a space he can use as a garage in or near downtown Greenville, South Carolina, which is his hometown, and the “realtor” who helped him is pretty funny. Listen to it for yourself.

According to Rabbit, he had been searching for years for a place without any luck. That’s when he turned to Edwin McCain, another hometown guy who just happens to be an award-winning musician. McCain apparently owns a considerable amount of real estate in Greenville and obviously has a lot of influence, so when he found out about Rabbit’s plight he offered to help as a “real estate agent” of sorts.

Using the connections of his famous musician friend, Rabbit was able to find something right outside of downtown Greenville. It was plenty large, because you can’t have too much space for storing and working on your cars.

Taking advantage of the room, Rabbit says he’s building a full-size gas station inside. It makes for a good backdrop when taking pictures of cars for sale, which is a really smart marketing tool. Plus he won’t have to battle weather or curious onlookers wandering into shots – problems you deal with when taking photos outdoors in public spaces.

Not everything about this new garage space is sunshine and roses for Rabbit. After all, more space means more problems, in a way. Because he’s decking the warehouse out it’s not cheap, but it looks and sounds like it will be awesome when complete. Collecting cars is not for the financially strapped, that’s for sure.