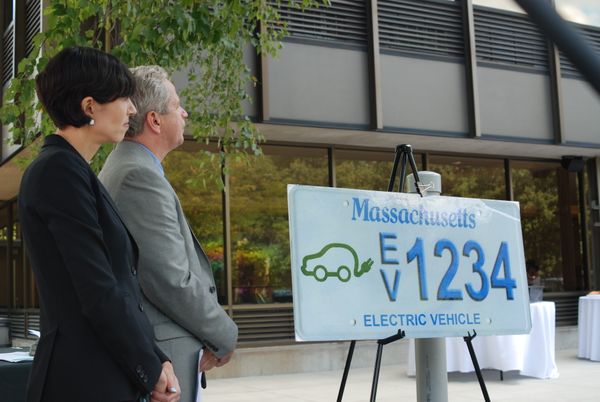 The war on the internal combustion engine continues...

In a not-so-shocking turn of events, Massachusetts has joined Newsom-run California to put a target on all gasoline-powered vehicles. California, with apparently no other issues to worry about than personal passenger cars, set the highly-ambitious deadline of to execute people's choices to buy gas cars in the state at the year 2035, which is probably doable since every auto manufacturer has made a run for it by now. The Commonwealth of Massachusetts has a less aggressive date of 2050, but their Decarbonization Roadmap promises that it is coming, once the ban is finalized.

According to Mass.gov, "Unlike many states and nations, emissions in Massachusetts do not primarily come from large industrial or agricultural operations," adding "Over 65% of Massachusetts’ emissions come from our cars, trucks, homes, and offices; another 20% comes from the power plants that provide electricity for our lights, computers, and appliances." Curiously enough, the Decarbonization Roadmap pins 27-percent of that on cars and trucks, so 38-percent from housing is, interesting. In further interesting math, the push to reduce carbon emissions via EVs is going to reduce the state's emissions by 45-percent. Interestingly enough, the potent impact of airplanes isn't addressed on the site, but maybe Massachusetts has become a no-fly zone since I last booked a flight.

Despite the tone of annoyance over the issue, I don't hate electric vehicles, but the government has been waging a war with the cars I love since I was a kid growing up in SoCal. First it was that muscle cars were bad, then full-size SUVs were going to kill us all, then classics cars became classified as 'clunkers', and now it's just all cars that have gas tanks, instead of ports.

I'm also woefully disappointed in the development of electric technology, with manufacturers that seem baffled at the idea of using it as a supplemental power source - if they can't nail that down, I don't have faith that anything will be as fascinating and fun to own as a V8 by 2035, or 2050. In the past 30 years (generously, because we could start counting back in the 1800's), the only real impressive performance vehicles have come out of Tesla, but most people have little desire to drive a fast iPad to the track, or weekend cruises. The Mach-E seems somewhat promising, but its about as pleasant as a dentist drill when driven aggressively. There's a long road ahead to get to the point where enthusiasts are going to truly enjoy electric-powered anything, and that's coming from a path of tumbleweeds behind us.

As far as how this effects our niche, car collectors might be in for spiking values in the next few years over these over-regulations of vehicles, so it's hard to even be mad about it - our cars just became even more collectible!