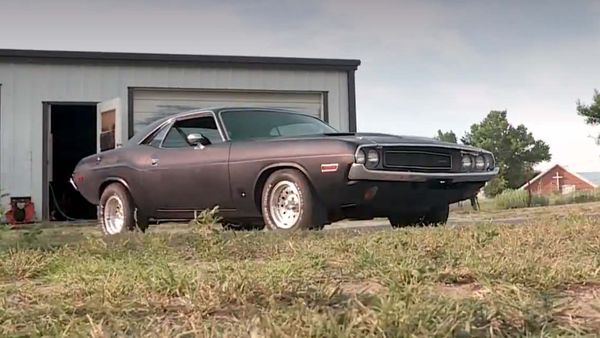 A crumpled purchase order was the only clue to help find the classic Mopar.

In 1973, Robert Bohnsack was a 21-year-old Vietnam veteran, and after retiring from the Air Force, he did what many young men of that era did – he went out and bought a muscle car. Not long after buying his 1974 Dodge Challenger, Bohnsack moved to Oklahoma, got married, became a trooper with the Oklahoma Highway Patrol and started a family, and this busy family life eventually led to the Challenger being sold off.

Although it isn't clear when Bohnsack sold the classic Mopar, he passed away on June 25, 1988, and his son Bobbie Bohnsack, Jr. – who was just 8 years old when his dad died – just recently reacquired the car.

The key to locating the car came when Bohnsack, Jr. found the original purchase documents from when his dad bought the car brand new from a dealership in Monroe, Wisconsin for just under $4,000 in late 1973, and these documents showed the Challenger's VIN. From there, Bohnsack, Jr. took to the internet to track down the car, where he found it listed for sale in San Diego.

Today, the Challenger wears the nose of a '70 Challenger, it no longer has its white vinyl top and a cheap coat of black paint covers the original paint job, but with such a unique tie to his late father, Bohnsack, Jr. bought the car in May. He didn't disclose how much he bought the car for, but sentimental value is always priceless.

Once he got the 1974 Dodge Challenger back to Gage, Oklahoma, he had an emotional reunion with the car, and he's been driving it every day since.