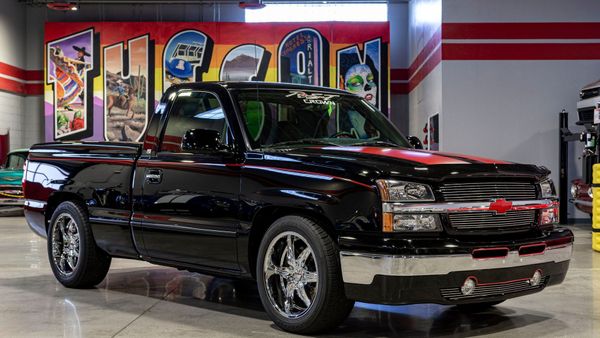 Designed by Foose, this is one slick Silverado.

Rare is the first word to come to mind when discussing this tuned 2004 Chevrolet Regency RST Sport Truck. After all, it is a limited-edition, special-conversion of the Chevy Silverado SWB that you don’t see kicking around car lots or even auctions all that often. Adding to its desirability is the fact Chip Foose designed this conversion, a fact that alone will have some people sold immediately.

We could start by fawning over the unique design of this truck, but the powertrain deserves an up-front mention. Instead of just being all show, this Chevy is packing a GM 4.8-liter V8 with a 5-speed manual transmission bolted up. Adding to the allure are ceramic headers, a Power Flow exhaust system, K&N open-air induction system, plus a Regency Sport tuned suspension.

In other words, this pickup will scoot in a hurry, plus you get to row through the gears, so it’s a hoot to drive. What’s more, the seller is saying there are fewer than 7,900 original miles on the truck, an amount which seems unbelievably low, so someone has really practiced some serious restraint.

About those looks, it’s obvious this Chevy has been touched by the hand of Foose. The whole thing has been lowered but not slammed, striking a tasteful balance. Chrome grilles, front spoiler with billet inserts, red stripes, red pinstripes down the sides, and massive square exhaust tips signal this is not ordinary truck. It rolls on 20-inch chrome Regency Speedster wheels with RSA Performance radials.

A nice tonneau cover protects the bed, which Although not pictured, the seller says a matching rear spoiler is available for this truck, which no doubt adds to the sporty looks. There’s also a towing hitch assembly, so you could use this hot pickup to tow your car to the track.

If you want to stick this Chevy Regency RST Sport Truck in your garage, you’re in luck. This one is being sold by Crown Concepts in Tucson, Arizona. There’s no telling how long it will stick around, but most likely it will be gone sooner than later. 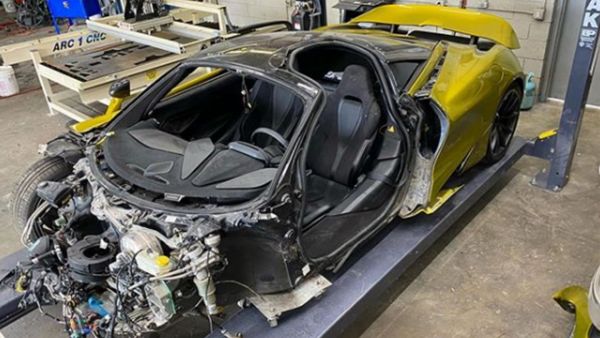 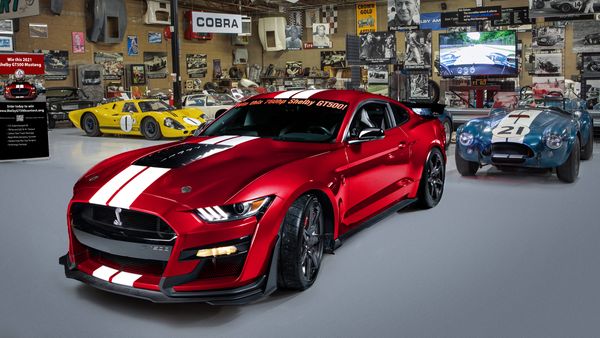