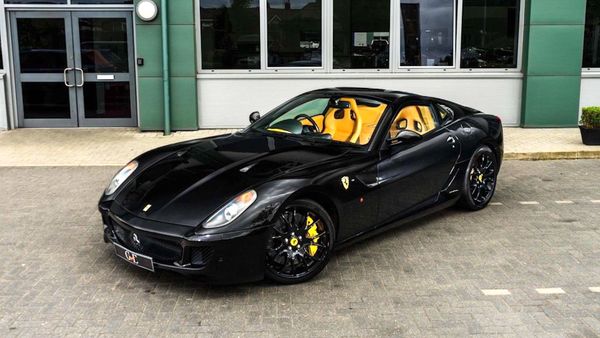 The legendary musician has amazing taste in cars!

Eric Clapton is well known for his fast blues guitar licks and even faster cars. He has amassed quite a large collection over the years of some of Ferrari’s most coveted vehicles. His obsession supposedly began after George Harrison of the Beatles had come to the guitarists house driving a dark-blue Ferrari 365 GTC. It was the rock stars first time seeing one of the cars in person and he was immediately enamored with it. So much so that he bought it from his friend, which started his collection of Ferraris.


While it is unclear exactly how many fast cars are owned by Slowhand, what is know is that as of late, his collection is getting smaller. According to Auto Trader, the three-time rock and roll hall of famer sold his Lamborghini Gallardo Superleggera for an estimated £125,000 and is now looking to part ways with his Ferrari 599 GTB Fiorano. The Ferrari 599 GTB was introduced in 2006 and is renowned as the last V12-powered Ferrari GT offered with a manual transmission. However, this particular car features a paddle-shift F1 SuperFast transmission. The 6.0-liter V12 produces 620-horsepower and 448 lb-ft of torque which is capable of rocketing the car from zero to 60 in 3.2-seconds with a top speed of 205-mph.


The base price for the 599 GTB Fiorano was originally around £170,000 but just like Clapton’s £3 million SP12 EPC, this Ferrari is anything but bottom-of-the-line. It features 20-inch Monolitic alloy wheels that are painted to match the Nero Daytona painted exterior while the yellow calipers offers a nice contrast that keeps with the interiors color scheme of Castor Light Brown leather and carbon fiber. As for entertainment and security features, the 599 GTB is equipped with a Bose HiFi stereo, a six CD changer, satellite navigation and a Navtrak vehicle tracking system. While these options that were specified by Clapton clearly added to the value of the car as does his celebrity status, supercar specialist GVE London is asking for only £89,900 in exchange for Clapton’s Ferrari.