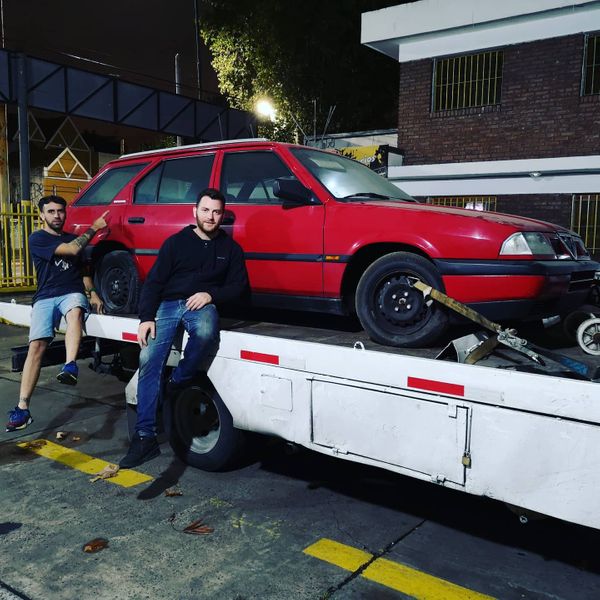 These Italian and French 1990s time capsules were uncovered after sitting in a shed for 30 years.

A hoard of 'brand new' Alfa Romeos, Fiats, and Peugeots from the 1990s were recently uncovered at an abandoned car dealership located in Buenos Aires, Argentina. Formerly a Sevel dealership that has been closed now for 30 years, the property was purchased by a new owner who stumbled across these time capsules from the '90s after investigating a shed on the premises.

Likely not expecting to find anything of importance, the land owner stumbled across the Alfa Romeo, Fiat, and Peugeot cars that likely haven't seen the light of day in decades. When the Ganza Sevel dealership closed its doors for good, these brand new cars were left behind.

Italian and French vehicles from the 1990s era were not the new land owner's cup of tea, according to CarScoops, Kaskote Calcosa, a company that specializes in selling used vehicles took on the responsibility to sell the inventory. The company posted a few photos online after some detailing and maintenance repairs to ensure they were in working order.

The inventory wasn't just one or two particular models, but it included a variety of different cars such as the Alfa Romeo 33 Sport Wagon, Peugeot 405, and Fiat models such as the Tipo, Uno, Tempra, Duna, and Ducato. While the '90s models are cool in their own right, they aren't exactly considered collectibles, but more popular economy cars of that time. If one car would sell for a decent price, it would be the more-attractive Alfa Romeo 33 Sportwagon.

No prices have been listed for these '90s cars, and that was said to be because of issues stemming from documentation. There's no doubt that there are people out there who will scoop up one of these old-but-new vehicles if the price is right.