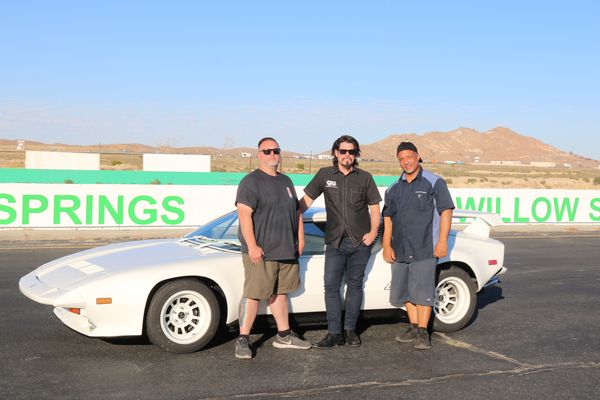 The Galpin team will restore one-of-a-kind vehicles while unveiling the interesting history attached to each one.

There is an all-new automotive series coming to the Discovery Channel. Given the title "Car Kings", this new show will revolve around the world-famous customization shop that we all know and love - Galpin Auto Sports. A division of Galpin Motors, be sure to follow along as the Galpin team restores one-of-a-kind cars while revealing the interesting history attached to each one.

On April 20th, an episode will air where the Galpin team restores "The Bathtub", a 1969 show car that was originally built by Rob Reisner and was promoted by George Barris. On the episode airing this Monday, April 13th, follow as the team builds a classic Mustang for NASCAR driver Joey Logano. Be sure to tune in to future episodes beyond these two for even more significant and historic automotive restorations by this highly skilled and knowledgeable guys at Galpin Auto Sports (G.A.S.).

The Galpin team consists of GAS President and COO Beau Boeckmann, custom car builder Dave Shuten, and customization specialist "Mad Mike" Martin. Watch as this professional team takes on historic builds while focusing on the performance and culture surrounding each one. Even more, this team will take on the toughest tracks with their builds, participate in a few of largest automotive competitions, and reveal some of the wildest and most significant cars to enter the shop to everyone at home watching.

As mentioned above, the new "Car Kings" will be shown every single Monday at 10 p.m. ET/PT right after "Fast & Loud". Check your local listings for more information regarding the show. Also, download the Discovery GO App to watch the first three episodes for free. On social media, join the conversation by using the hashtag #Driven, and follow them on Facebook, Instagram, and Twitter under the handle @DiscoveryMotor.

The new series – which premieres on Monday, March 30, 2020 at 9 p.m. ET/PT – will follow the world-famous Galpin team as they restore one-of-a-kind cars and explore the unique history behind them, including a secret DeTomaso Pantera project that Carroll Shelby built for Lee Iacocca.

In the series premiere, Boeckmann and the Galpin team resurrect a one-of-a-kind DeTomaso Pantera that Carroll Shelby modified for a secret project with legendary auto industry executive Lee Iacocca as part of a development program that would evolve into the Viper. With a focus on vehicle performance and car culture, the Galpin crew will take part in some of the biggest automotive competitions, test their vehicles on the toughest tracks and unveil some of the craziest and most significant cars to ever come through their shop to people around the world.

On the show, the Galpin team is led by Beau Boeckmann who grew up in the showroom of Galpin Motors and is the driving force behind Galpin Auto Sports.  He is a diehard automotive enthusiast with a passion for rare, historical cars and original customs. Dave Shuten of Galpin Speed Shop, a division of Galpin Auto Sports, has a long history with Boeckmann and Galpin, having led several major car build and historical restoration projects like the Pink Panther Limo, the Ed “Big Daddy” Roth Orbitron and the ’34 Ford 5-Window Coupe known as Iron Orchid. Alongside Boeckmann and Shuten, G.A.S.’ customization specialist “Mad Mike” Martin – most famous for his wild projects on MTV’s “Pimp My Ride” – will round out the “DRIVEN” team.

“DRIVEN” will air every Monday at 9 p.m. ET/PT on Discovery Channel beginning March 30, 2020. In addition to watching the series on Discovery, viewers can check out new episodes each week by downloading the Discovery GO app. Viewers can join the conversation on social media by using the hashtag #Driven and follow @DiscoveryMotor on Facebook, Instagram, and Twitter for the latest updates.

The iconic Mustang is off to the races when Team Galpin builds a '72 Mach-1 resto-mod to meet NASCAR superstar Joey Logano's need for speed. Meanwhile, Beau makes a pit stop at SEMA to deliver a 2019 GT and gets taken for a spin in the Burn Yard.

The Car Kings team restores one of the most offbeat builds ever -- the Bathtub Hot Rod. Built in 1969 from bathtubs and a toilet, the team updates the parts and drops in a new engine. Then it's off to the Yokohama Hot Rod Show in Japan, where it shocks fans.