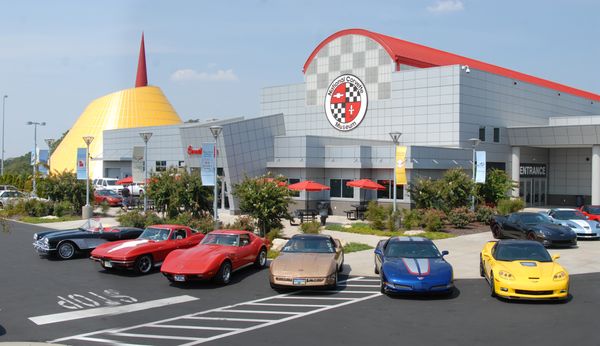 Officials are asking for donations during the closure.

With the novel Coronavirus spreading through the United States, officials at the National Corvette Museum announced today that the facility would close to the public beginning Thursday, March 19. This comes after an executive order issued by Kentucky Governor Beshear. Other car museums have also been shuttering to flatten the curve and help slow the spread of the virus. Undoubtedly, this decision will be controversial as some feel these types of measures are an overstep, and the disappointment is understandable.

This means the museum will be open its regular hours, 8 am to 5 pm today before closing its doors. There is no official word on when it might reopen.

Officials have also rescheduled or postponed all hosted events  planned for March, April, and early May. That includes the Michelin NCM Bash, which was going to be held April 23 to 25.

Before this announcement, the museum administration had taken numerous steps to keep everyone wanting to see the displays of Chevrolet Corvettes safe. These included posters on display promote safe habits like washing hands with soap and water for 20 seconds, covering your cough, and staying home if you’re sick. Officials say cleaning and disinfecting of high-touch surfaces throughout the facility have been increased as a precaution.

For those still concerned about cleanliness while viewing the displays and attending events, NCM positioned hand sanitizer available at strategic areas. It now appears government officials no longer deem these measures as enough to stop the spread of COVID-19.

Each year, hundreds of thousands flock to the National Corvette Museum to learn more about America’s sports car. When a sink hole opened up and swallowed several historic models, awareness of the museum spiked. With the launch of the C8 Corvette interest is understandably still quite high.

NCM says it has been following advice from the CDC, WHO, plus state and local medical resources. An official press release from before this latest announcement emphasizes the chances of catching COVID-19 are low, but the situation is changing rapidly across the United States and elsewhere.