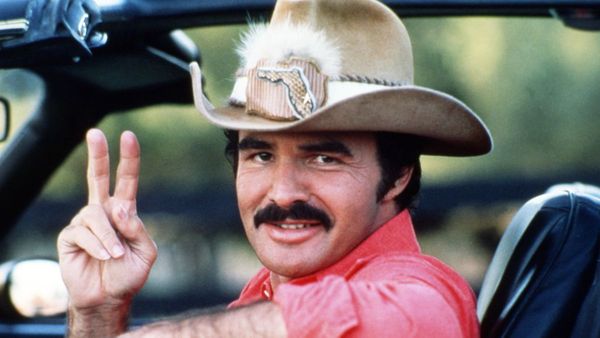 The legend deserved more dignity than this.

Every now and then, you come across a story as a writer that’s just really hard to write, this is one of those stories for me. Burt Reynolds was one of my favorite people, and his roles on screen and off-screen demeanor shaped my personality. I grew up with a race car driver dad, but it was Burt Reynolds jumping a gorgeous 1977 Trans Am from one side of the broken down Mulberry bridge to get away from the Texas bubble gum machines that really did it for me. Even to this day, I will stop everything I’m doing to watch Smokey and the Bandit if it’s on the TV, and one of best family outings I’ve had with my own kids was being able to take them to see the best movie in the world in theaters.

Does this make you feel like curling up and watching good car movies too? Check out our picks here.

When Burt died, I had to take the day off work, it was too much to being in front of a computer that day with the news alerts constantly scrolling across my computer. Burt Reynolds was always bigger than life to me, so it was like the last part of me with child wonder died with the Bandit. So I’ve had to excuse myself from much of the story surrounding his death, and my jaw dropped to learn he was just laid to rest this week.

Burt died in 2018 at the age of 82, and this was well before covid restrictions halted gatherings, so the situation is confusing. Without going into further speculation, there was no official reason given for why his body was not laid to rest prior, but I do know the legend deserved better.

Reynolds' family members reportedly participated via Zoom, and a temporary marker was placed at his final resting place, and there’s said to be plans for a public ceremony to reveal his bust sometime next year.

At the time of his death, Burt Reynolds was getting ready to join the cast of Once Upon a Time in Hollywood to film the Tarantino movie, and family members noted that his death was unexpected, despite having previous health issues.

Despite this strange and sad ending, Burt Reynolds will always be remembered as an icon, especially to gearheads.

“They told me I had to behave, and I’m good at a lot of things, but I am lousy at that!” -Burt Reynolds