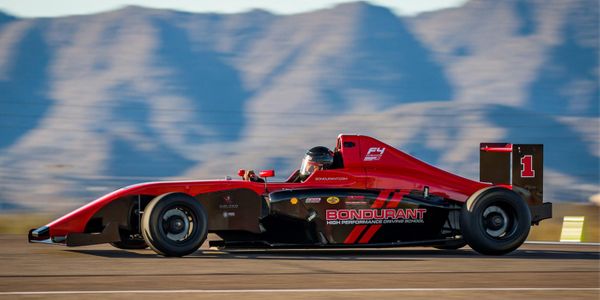 Your open-wheel racing dreams are about to come true.

This isn’t just any racing school, but rather is the official school of the F4 U.S. Championship. As a result, students will get to use the same Ligier JS F4 car with Honda engine as what professional drivers pilot in the FIA-supported championship. In other words, it’s as close as you can get to driving in an F4 event without actually being in one. You can’t go to another driving school in the United States and have access to such a car.

Scheduling of these F4 classes begin next month, so it’s time to check your calendar and make tentative plans. There will be several course options to cater to both enthusiasts and race drivers. The skills learned can help make you more competitive on the track. Courses can also help with obtaining an SCCA Pro Racing License.

Located in Phoenix, Arizona not too far from the Phoenix Sky Harbor International Airport and with a hotel just down the street, the Bondurant High Performance Driving School has been a popular destination for people from around the United States and elsewhere. This new program will surely add to its popularity.