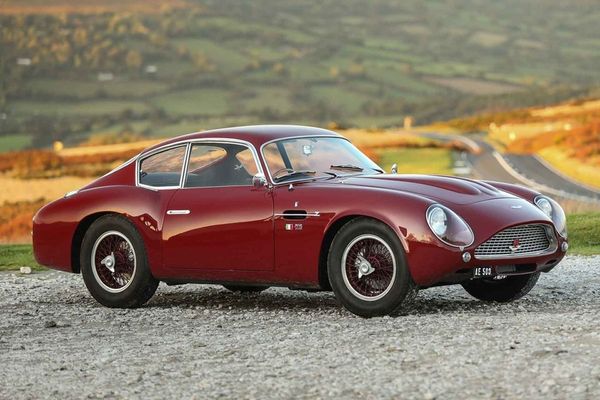 Out of the 19 examples ever built, this is the only example finished in Peony Red.

One of the most iconic and desirable Aston Martins ever built, this original 1961 Aston Martin DB4 GT Zagato (Lot #007) will be crossing the block through Gooding & Company's Passion of a Lifetime auction on September 5th, and it is estimated to have a staggering hammer-down price of $9.1 million. Only 19 Zagatos were ever built, and this is the only one to wear a Peony Red finish. If you have deep pockets and a love for an original Zagato, this may be your chance to add one to your collection.

A total of 14 DB4 GT Continuation models were built by Aston Martin in June last year, but this original is said to sell for about $1.5 million USD more. Meticulously preserved and uniquely personalized by its first owner Teddy Beck, this Aston Martin DB4 is "widely regarded" as one of the best and most original examples. Beck from Cheshire, England, nabbed the car in the early '60s, and he kept it for over 20 years where it was driven just over 15,000 miles. Now with four owners under its belt including the director of Aston Martin Victor Gauntlett and known car collector Paul Vestey, this fantastic DB4 GT is now looking for a fifth.

This Aston Martin is the product of a collaboration between English and Italian automakers. Featuring a lightweight alloy body from Ercole Spada, this is the only Zagato in existence to wear the Peony Red hue. Under the hood sits an aluminum 3.7-liter inline-six engine topped with three Weber 45 DCOE carburetors and backed by a 4-speed manual transmission. With an output of 314-horsepower, this gem can sprint from 0 to 60 mph in 6.1 seconds. Stopping power comes from 4-wheel Girling Hydraulic disc brakes. Handling duties are provided by a front independent suspension with coil springs and an anti-roll bar with a live axle with watts linkage and coil springs out back.

This epic 1961 Aston Martin DB4 GT Zagato is up for bids through Gooding & Company's Passion of a Lifetime auction being held on September 5th, 2020.