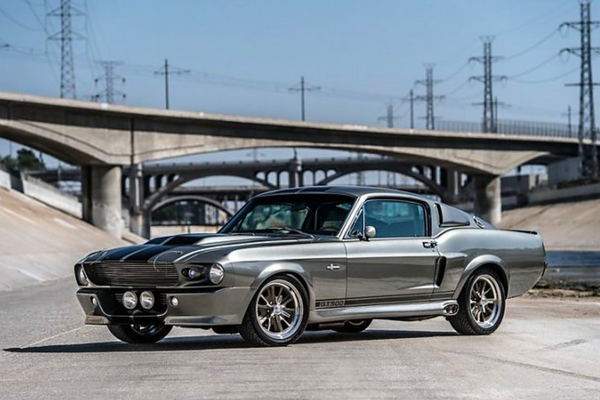 This car is more famous that the actors it was cast alongside.

For the majority of people, some of the most recognizable cars come from the television. Thanks to movies like Smokey And The Bandit and shows like The Dukes Of Hazzard, cars like the 1977-1981 Trans Am and the 1969 Dodge Charger have a special place in American automotive/pop culture history. Interestingly though, it's not always good enough to just include the car doing some awesome stunt in the movie. You’ve got to name it, too. For us, it doesn’t get much better than the General Lee, Bandit, Bullitt, Black Beauty, or even Christine. But probably the most iconic famous car has to be the one that is notorious for being there one minute and gone the next - Eleanor.

The highly customized 1967 Mustang Shelby GT500 made famous by the Nicolas Cage flick Gone in 60 Seconds didn’t stop making headlines after the movie. In fact, many people did their best to replicate the car. Regardless of how well some of them were done and how interesting the build videos were, the likeness of the great Eleanor is, unfortunately, under copyright. So if you want to build a highly modified 1967 Mustang Shelby GT500, you had better not call it Eleanor. But if you want to buy one, you now can, and, best of all, it's not a replica. It is the real thing.

ChromeCars is offering number seven of only 11 cars that Chip Foose and Steve Stanford designed for the movie. Moreover, it is thought that this car is the nicest one of only three hero cars that still exist today. Under the hood is a 400 horsepower 5.8-liter V8 Ford Racing engine paired with a four-speed manual transmission. While it is unclear exactly how much money the seller is seeking in exchange for the car, but it probably will be record breaking.