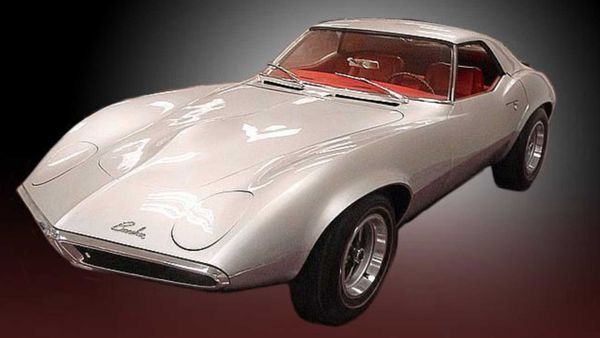 Own a piece of Pontiac history with this cool concept.

Pontiac built plenty of sporty coupes in its day, but it never built anything like the Chevrolet Corvette. The 1964 Pontiac Banshee XP-833 is a glimpse at what might have reshaped Pontiac's future, while also helping to shape what would become future sports car from General Motors. It's not often that concept cars go up for sale, but this Banshee can be yours today for $750,000... through a Connecticut-based Kia dealership of all places.

John DeLorean's stint at Pontiac might best be known for the creation of the Pontiac GTO, but he was also a leading force behind the Banshee. Introduced in 1964, this concept looks like it was almost production ready with the exception of the bulging hood that made room for the inline-six engine.

The Banshe predated the Corvette-inspiring Mako Shark II Concept by a full year before it made Chevrolet designers nervous enough to eventually push for the this concept to be killed off. It isn't hard to see design similarities between the Banshee concept and the basic shape of the C3 Corvette, which launched in 1967, the Opel GT – specifically the design of the front end, headlights and rear end – that GM launched in 1968 and the taillights of the second-gen Firebird that came out in 1970.

While the car's ownership history isn't clear, but after 56 years, this Pontiac has only racked up 1,498 miles. It was owned by an individual until 2006 when that person died, and then this concept was sold at auction for $214,500 through Barrett-Jackson. In more recent years, it has crossed the auction block and not sold at prices as high as $600,000, but today, the Kia dealer has a price tag of $750,000, which includes a recent price drop of almost $4,000.