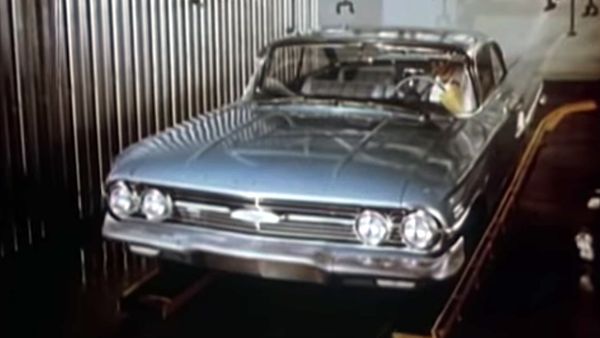 See how cars were built in the days before robotics.

Automotive manufacturing has evolved significantly since Henry Ford's days, and today, assembly lines feature plenty of automation, robotics and computerization. Sixty years ago, building a car was a rigorous job, and that is apparent after watching this video from ACDelco showing the assembly of the classic 1960 Chevrolet Impala/Bel Air/Biscayne as they roll down the production line.

The video provides an interesting glimpse back in time to let us watch the assembly of these big Chevys by fine-dressed workers practically handcraft many of the car's components. In addition to views of the paint booth and the engine and body assembly, this video shows assembly of the smaller parts including the carburetors, speedometer and steering column. At the beginning of the video, workers can be seen hand torching an A-pillar, and we can't help but notice the lack of protective gear as the workers hand spray the body as it moves down the assembly line.

The 1960 model year represents the final year for these second-generation B-body Chevys, and they are recognizable by the big finds that are not connected in the middle; the 1959 body style had a uni-brow tail fin design. This year was the first for the Impala to get distinct taillights with three lighting elements while the Bel Air and Biscayne only had two lights. This design trend lasted until 1976.

As cool as it is to watch these Chevys being built, it's even cooler when you compare this video to the vintage footage of a 1936 Chevrolet Master Deluxe being built!