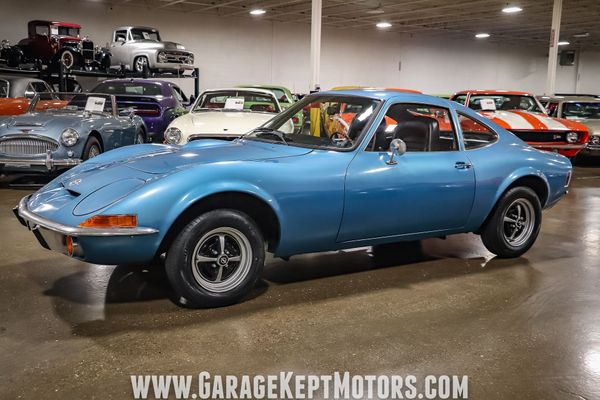 This survivor is roadworthy and ready to cruise.

Owning a low-mileage survivor is probably the dream for many classic car enthusiasts, but sadly most of these turn out to be project cars. That definitely isn't the case with this 1973 Opel GT that not only survived the last 47 years with just 28,000 original miles, it has been recently serviced so it's ready to hit the road.

What makes this Opel GT so special is that it has been owned by just one person since it was new in Arkansas back in February 1973. This car was driven sparingly from new up until 1982 when it was lovingly tucked away in a climate-controlled garage only to be discovered again in 2019. After sitting for so long, the current owner had the car serviced before putting it up for sale to ensure its new owner will get to have fun with it as soon as it's unloaded from the hauler.

The Opel GT was sold from 1968 until 1973 at Buick dealerships in the U.S., and it sold sparingly in the U.S. due to stiff competition from the Datsun 240Z and the Chevrolet Corvette. The coolest part about the Opel GT is its unique hidden headlights that perform synchronous barrel rolls rather than flipping forward or backward, and the lights are manually controlled using a lever positioned just in front of the shift lever.

It's getting harder to find a classic car that is a true survivor, and this beautiful Opel has definitely been fortunate enough to survive the years with just one owner, low miles and remain in good condition. Garage Kept Motors has this final-year Opel GT listed for $27,900, but you can click HERE to make an offer.