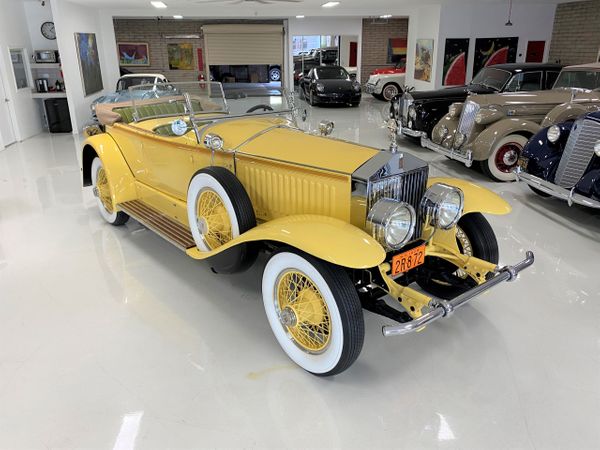 In F. Scott Fitzgerald's The Great Gatsby, cars – and car crashes – were integral to the plot and served as a powerful metaphor for the excesses of the Jazz Age.

As with most things, Fitzgerald went into great detail describing the titular character's marvelous yellow Rolls-Royce. When the time came to film the movie, casting the correct car was just as important as casting Redford as Gatsby and Farrow as his love interest, Daisy Buchanan.

The car that was chosen was this stunning 1928 Rolls-Royce 40/50hp Phantom I Ascot dual cowl phaeton. According to the Classic Promenade auction listing, it was actually repainted for its film role, and had its leather dyed to make it a close match to the car Fitzgerald described with such exacting detail in the book.

The Rolls-Royce then changed hands a few times before the current owners purchased the car in 2009. Beginning in 2011, the car was treated to a ground-up restoration that would be completed eight years later in 2019 and cost in the neighborhood of $1.2 million.

Now, this incredible piece of film (and Rolls-Royce) history can be yours. It's currently being auctioned off by Classic Promenade. There's understandably a lot of interest in this car, so expect the bidding to get fast and furious as the auction approaches its end.

The auction listing refers to this car as "one of the most important Rolls-Royces in the world." We're inclined to agree.