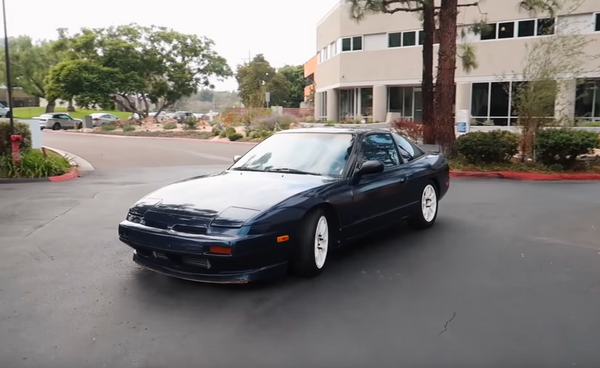 The transformation is mind-blowing!

As long as there have been car enthusiasts there have been those who try and put them down. In this particular circumstance, the Nissan 240X was quite dirty and gross-looking. So naturally, someone called the cops and reported it abandoned, of course, they did, so the owner decided to do a full clean and detail.

Anyone who knows S13, or S-chassis cars, in general, knows that the “drift tax” is the real deal, it's almost impossible to find a popular drift car for cheap nowadays. That's why it comes as such a shock that this 240SX had a value of probably just $2000.

Most people who understand these cars will know that anything under $5000 is a steal. After pressure washing the beast, there was still quite a thick layer of yellow film covering the body of the car. This is where the clay comes into play, removing all of the muck and grime and whipping away close to 30 years of constant abuse.

That is what these cars are known for after all. After all, was said and done this beauty has got to be worth way more than a measly 2K or even 5K. As the title of the video explains their expectation is around 10 grand. While the value of this car did skyrocket as a result of the thorough cleaning, it was not explicitly stated that the car is for sale.

Rather the 'pricing model' is just an example to show just how much a little elbow grease and some hard-work can make a difference. A good detail can mean thousands of dollars in extra cash and likewise can mean big savings for you the buyer if inquiring upon a car that looks dirty. This is a great car and it's even better when it's fully detailed, it's no wonder that the S13 is regarded as one of the most desirable Japanese sports cars on the market.