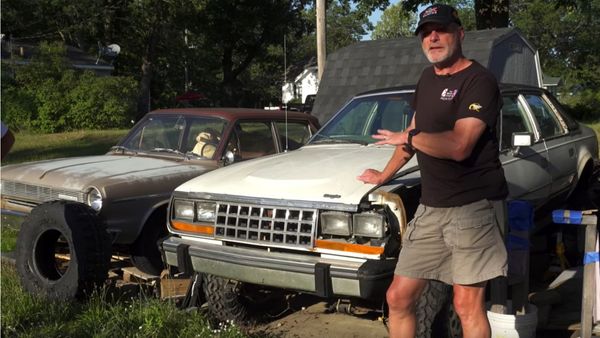 These vehicles are desperately in need of a good home.

Tom Cotter is a legend among automotive enthusiasts. If you suddenly find the guy along with a film crew on your property, chances are either you have a really cool car sitting in your garage or you have a lot of cool cars rotting outside. In this episode of Barn Find Hunter, it’s definitely more of the latter. In fact, Tom tracks down a huge assortment of rough classic muscle cars sitting out in the open in Lake City, Michigan. Even better, the guy’s actually willing to part ways with the vehicles instead of claiming he’s restoring each and every one.

People always wonder how someone accumulates so many cars. The obvious requirement is you have to live on enough land to even entertain such a thought. You also need to live where your neighbors don’t care. Modern HOAs aren’t too keen on someone having one inoperable car on their property, sometimes even if it’s sitting in the garage.

After that, you pretty much have to make accumulating unwanted cars a part time job. Of course, everyone today wants to grab what this guy has, like the 1969 Chevrolet Camaro or the Chevy Nova with the rare factory sunroof. However, there was a time when others turned their noses up at the cars and this guy took advantage of that. In other words, you have to grab the cars that right now are looked down on but in the future could be revered as valuable collectibles.

We know seeing these rotting classics with not only rust but also moss growing on them can be painful. At least this guy is looking to sell them so hopefully someone can build a cool ride. It sure beats the guys who have a hundred cars on their property which haven’t been touched in years and years but they insist they’re not for sale no matter how much you’re willing to pay.

There’s more to this video than just the one guy’s outdoor car collection, including a nice 1963 Ford Galaxie and a guy who’s an AMC hobbyist.