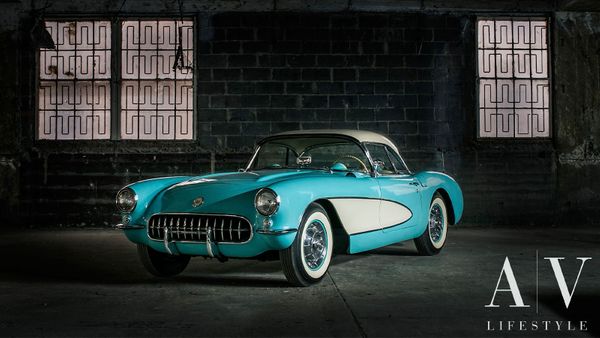 Don't miss out on these!

It was not that long ago that the Lost Corvettes were rotting away in a New York City parking garage. Hidden away by a German-American pop artist who acquired them from a VH1 giveaway contest winner. Now, each Corvette has received a long awaited restoration courtesy of Corvette Heroes and is once again a part of a giveaway. This time, each Corvette will go to a different winner in a national sweepstakes with the proceeds benefiting the National Guard Educational Foundation.

While the first 10 winners have already been picked and awarded their classic Corvette prize, those whose names weren’t called are not quite out of luck just yet. Whether you’ve already entered into the sweepstakes or you plan to after reading this article, you can still win one of the remaining 26 cars as all of the new entries will be thrown in the hat with all of the non-winning entries from the first drawing. However, time is running out and the second drawing is scheduled to be held on March 31, 2021.

The Lost Corvettes consist of 36 examples of model years 1953-1989 leaving only the 1983 model year without representation, but that's Chevy’s fault. Unfortunately it is too late to win the 1954, 1957, 1963, 1964, 1965, 1972, 1975, 1979, 1986, and 1988 examples. However, that leaves some of the most coveted year models still on the table, including the 1953 Chevrolet Corvette and the pinnacle year of the second generation - the 1967 Corvette. Another highly collectable model year still up for grabs is the 1956 Corvette that Jerry Seinfeld drove for an episode of Comedians in Cars Getting Coffee with Jimmy Fallon as the passenger. This car is one of only 290 that wore the rare Cascade Green finish.

Again, the second and final drawing is scheduled for March 31, 2021 when All 26 remaining Lost Corvettes will be given away. So there is still time to enter the drawing now, or to increase your chances by getting more tickets but time is running out. Don’t delay, follow this link and apply this special promo code to double your tickets on donation over $20.