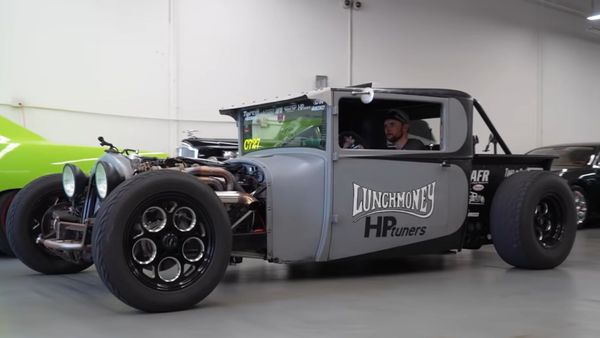 This is quite the build.

To those who don’t ever visit drag strips, a go-fast pickup truck sounds downright stupid. However, there are quite a few of them out there and they can be plenty competitive. Even among drag trucks, this Dodge called Lunch Money is special. That’s why Shawn Davis of YouTube channel AutotopiaLA had to check it out for himself. Also, Lunch Money’s owner, Corey, beat Davis’ brother’s Ford GT on Fastest Car, the Netflix series. That’s an impressive feat.

Lunch money wasn’t built to be glamorous but instead is what a truck should be: utilitarian. This is no garage or trailer queen. Sure, you’re not going to be driving it to Home Depot and loading up sheets of plywood in the payload. This truck was built to be driven hard and Corey definitely makes a practice of doing just that.

You can immediately see that Lunch Money has been lowered to the point it couldn’t go on a dirt road if you wanted to take it there. Since the purpose of this truck is to make it down the drag strip as quickly as possible, that just doesn’t matter. Up front is a 388ci LS V8, and we know everyone swaps in an LS but there are some good reasons for that. However, Corey says there are no GM parts in the engine, so he didn’t take the easy route with this build.

Also, there’s no engine shroud and we’re not sure the stock one would even begin to cover everything, plus it would probably lead to overheating issues. This Dodge is also running two big turbochargers for all kinds of forced-induction fun.

In the video Lunch Money has been de-tuned for street use. That means it’s only pushing about 600-whp, which is an insane amount for something so lightweight (about 2,700 lbs.). Corey says that it can make over 1,000-whp, so it’s no wonder this thing spanked a Ford GT sideways. 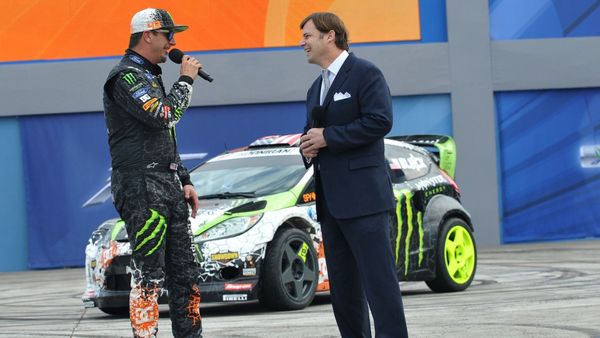 We respect him more for it…...