It's World Land Rover Day! To mark the occasion, we take a look at the criminally underated Range Rover P38a. Motorious' own workhorse, in fact.

If you wish to experience a true love/hate relationship, buy a Range Rover P38 – although it’s very much love from you, hate from it. A bit like dating the girl from The Exorcist. Send the Rangie’s great bulk off for a health check-up, or simply give it a wash, and it displays gratitude by either frying one of its electrical circuits or spewing out an engine component. This comes from experience. Trust me.

Therefore, I’m not going to heap unprecedented praise onto Solihull’s unruly child from the decade of Britpop and Brosnan’s Bond. I’m certainly not going to proclaim that these models make for the world’s most reliable cars, nor will you find evidence to support the P38’s standing as a sensible shoestring purchase for those devoid of budget. However, what I will maintain is this; pound for pound, with current market values, it’s the greatest car in the world. 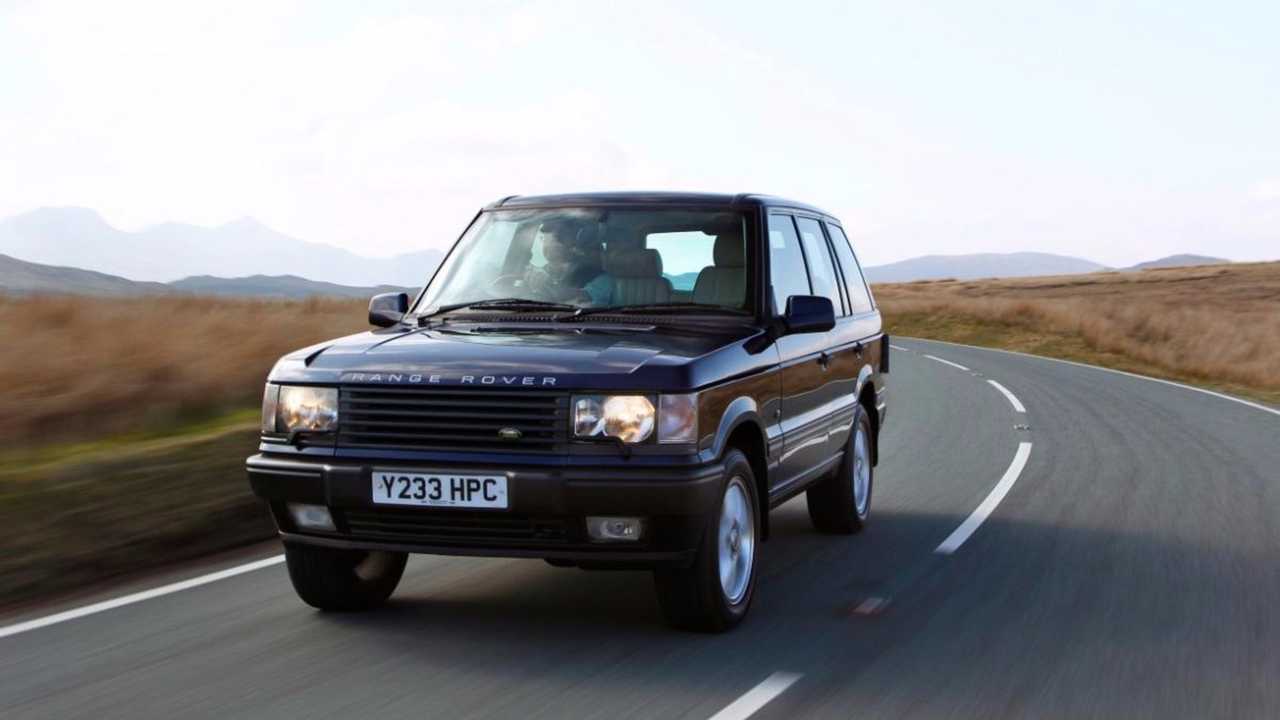 From the practicality of that massive load space, to comfort levels usually found only within a British Airways First Class cabin, its character and feasibility are matched by no other vehicle. On occasion, when suffering with insomnia, hollow-eyed with exhaustion and unable to sleep in the house, I’ve been known to seek refuge in the P38 rear seats – and have snoozed soundly.

Essentially, it’s four cars rolled into one: an elegant cruiser, an off-road mud-plugger, a van and a practical family wagon. It’s a Jaguar that can tow a boat. It’s a BMW that isn’t afraid of water. It’s a Mercedes-Benz you can use to climb a mountain. It’s also a bloody nightmare if uncared for. 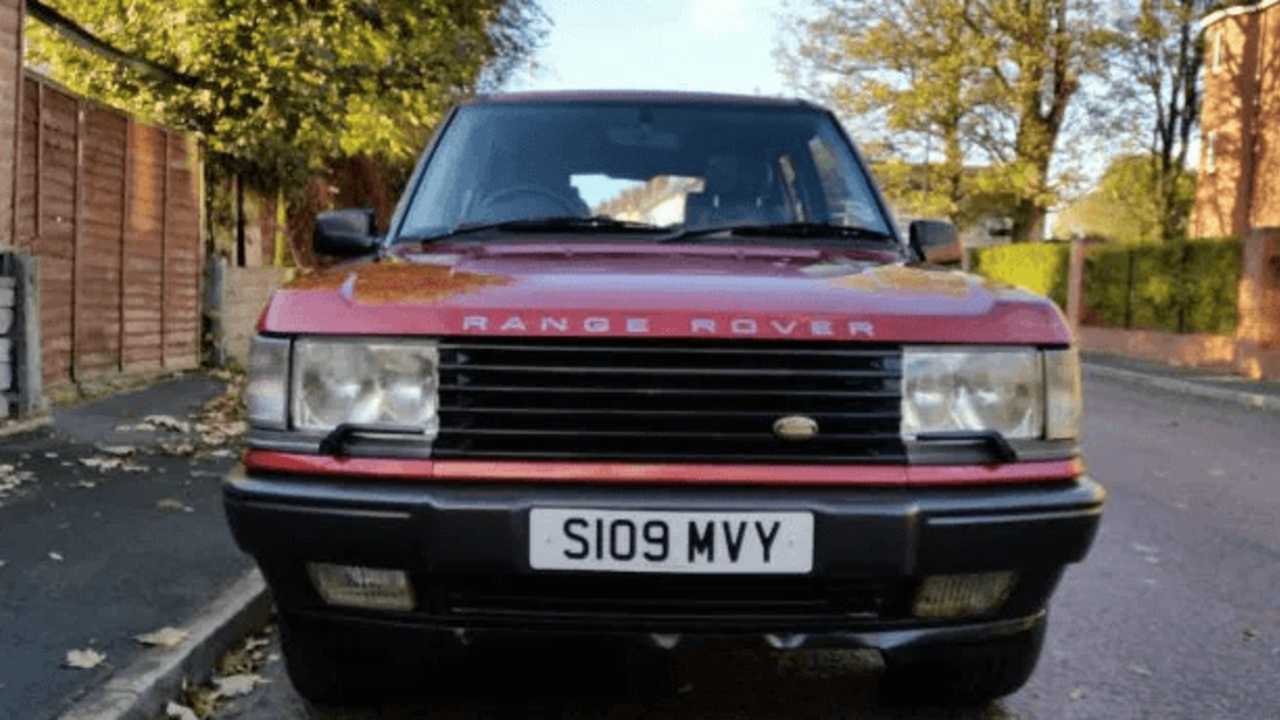 My first P38 (above) was almost saintly in its heroism. Bought for £1100, it performed flawlessly over a 13-month period; covering 20,000 in serene comfort. Nothing went wrong. Nothing. Sadly, the financial cost of running a 4.0-litre V8 was too much for this hapless student to bear, and we parted ways after I’d recouped my original purchase cost.

I cried when the new owner drove away on that morish V8 exhaust note. I didn't speak to anybody for a week, resigned to public transport and this thing called 'walking'.

This led me into a false sense of security when purchasing a second P38 as soon as my bank account allowed. Rather than weep over the V8 fuel bills, I opted to rehome a £1300 2.5 DSE. Running on devil’s fuel, it appears to have been designed by Satan himself, too. 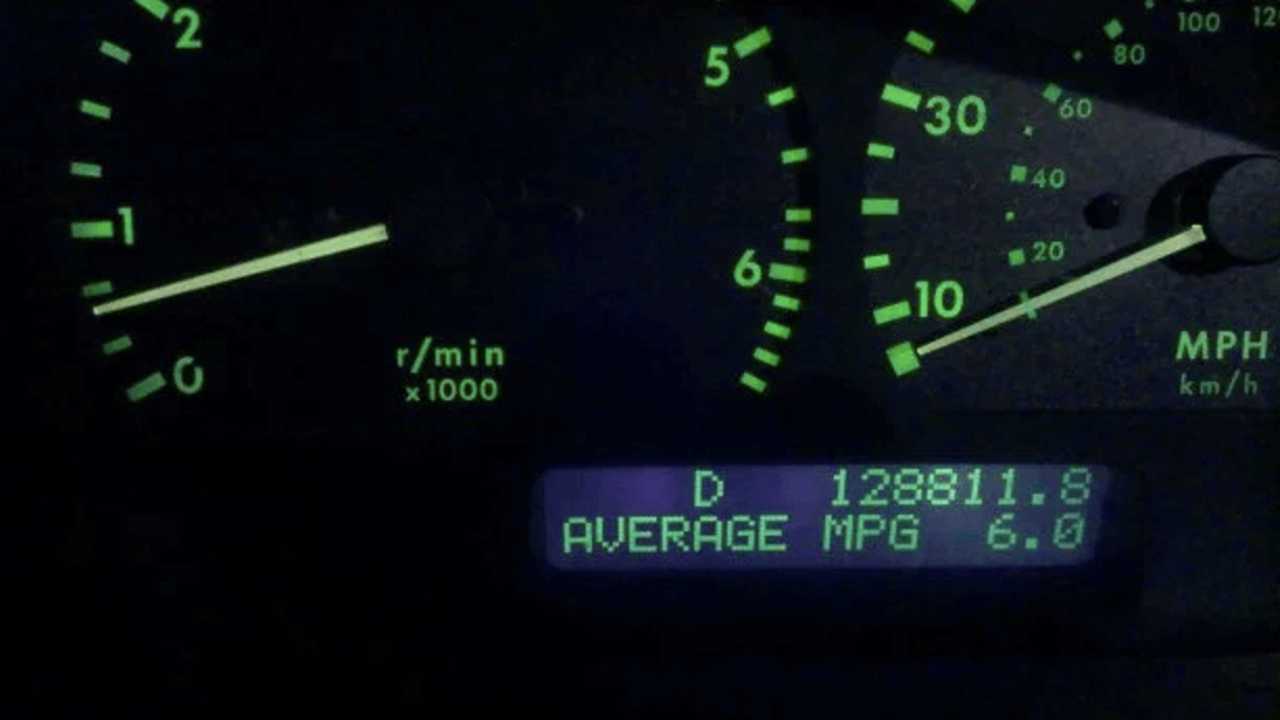 Although it does astronomical mileage while suffering extreme abuse under my control, I’ve never before owned a car that’s caused me such complex misgivings. The local garage owner currently has his kids in private education and holidays in the Bahamas, while the boss of the nearest petrol station enjoys lighting Cuban cigars with spare £50 notes – all thanks to my P38.

If the repair bills and servicing receipts were gathered together, the folder would be thicker than a Bible. Instead, they are sprayed throughout the house, dropped wherever each Solihull-sponsored nervous breakdown has occurred. 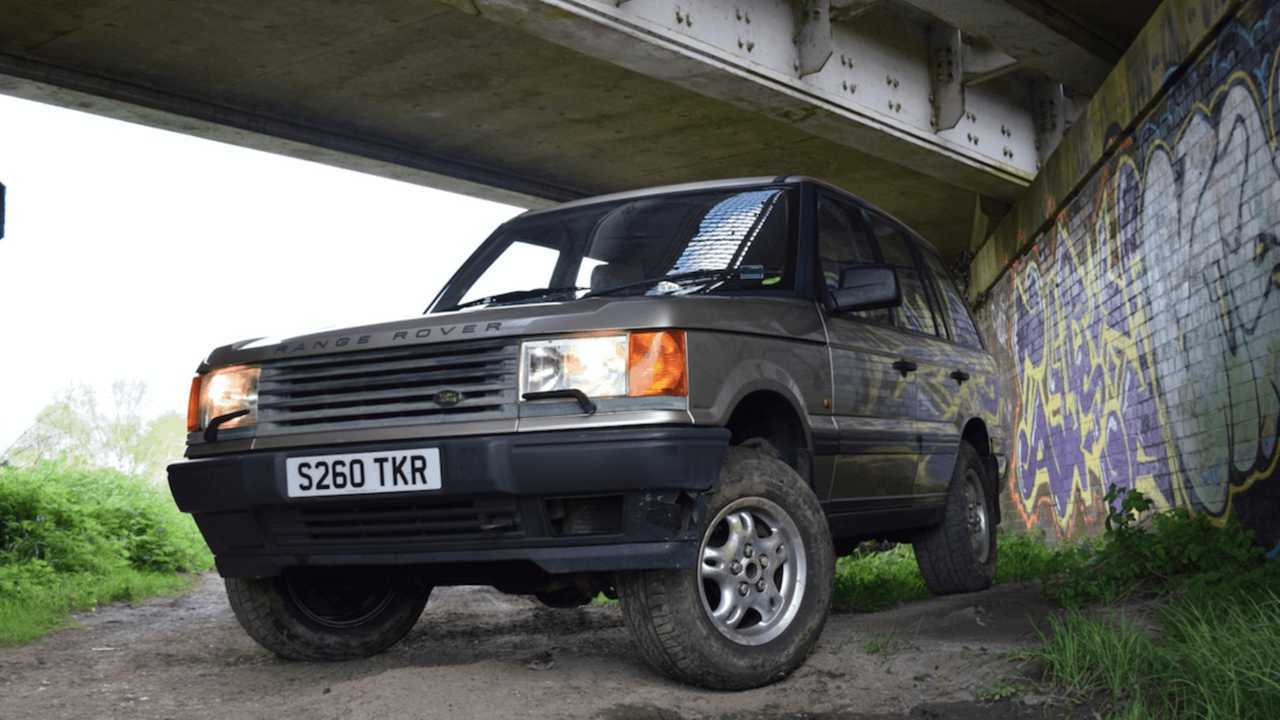 In the three years that I’ve kept the golden beast fed and watered, the immobiliser system has collapsed, the engine has undergone more work than Jackie Stallone’s face, and the air-suspension system continually gives me the sweats. I’ve now taken to hiding most warning lights behind masking tape.

Exterminating such maladies hasn’t proven cheap, either – not to mention the crippling insurance cost for a driver under 30 years old. Thusly, nights at the pub, holidays abroad and life’s little luxuries have been sacrificed. Want to keep your youngster off drink, drugs and gambling? Get them a Range Rover… 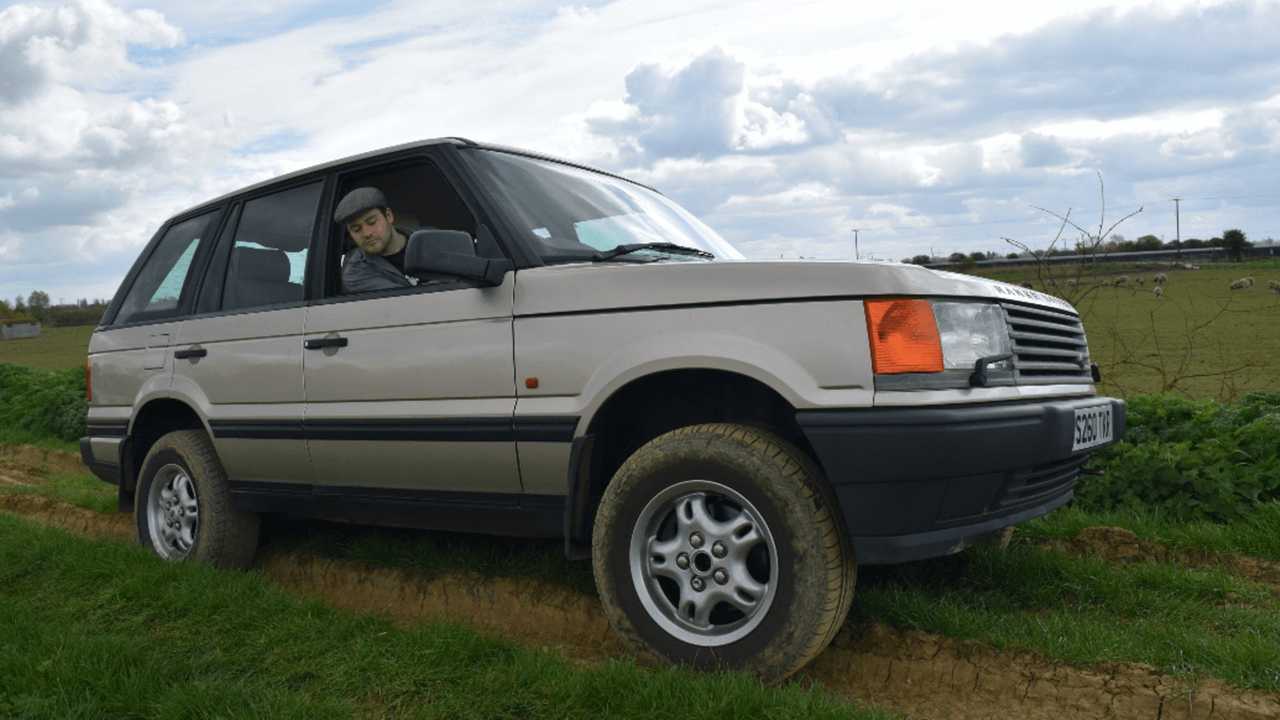 These factors often leave me questioning my sanity, but the reasons behind the Range Rover’s continued presence on my driveway far outweigh the negatives. While a Land Cruiser may be more reliable, and a BMW X5 more chuckable on the Tarmac, they leave you feeling soulless come journey’s end.

Even a short trip in the P38 ushers in an overwhelming sense of occasion. A clichéd statement, perhaps, but it’s 100 per cent true. You feel like a king when heading out to get milk, or like gangster no.1 when catching sight of those chunky lines upon passing a shop window at night.

On the road, the car’s commanding stance relegates even the gravest city congestion from anxiety-inducing to a mere annoyance, and it brings sheer confidence off the beaten track. I’ve taken the diesel Rangie on many an off-road shoot for various motoring titles in my previous role with Land Rover Owner and Classic Car Weekly. Even if certain other writers (whom shall remain nameless) ill-treated the mechanicals when borrowing the keys, the vehicle’s abilities have remained second to none.

Many, more pampered, 4x4s would shy away from wading up to the headlamps in water and axle-deep in thick mud, not to mention driving on two wheels over twist-off ramps and through terrain where lesser SUVs have perished and died.

The best part? The Range Rover’s four-wheel-drive system and cabin ambience have never once left me anything less than content and relaxed, even as debris and rooster-tails of mud cascade by the windows.

The same tenacity is experienced in every aspect of daily life, from carting around furniture, or the dog, to ferrying work colleagues through bad weather. The Rangie always gets me to my destination. Despite the repair bills, it has never once left me stranded in the wilderness to be eaten by wolves. The drivetrain has proven thoroughly dependable, despite hiding a dark secret; it’s got Overfinch bits in there.

Besides the extra rear seats in the boot, the aftermarket customisation specialist gave the engine a going-over back in 2002, when it installed an upgrade chip to boost the diesel by 28bhp. Not quite sure where these horses are, as the thing is still glacial when I put my foot down, but the torque curve when off-roading is enough to keep me pinned into my seat. 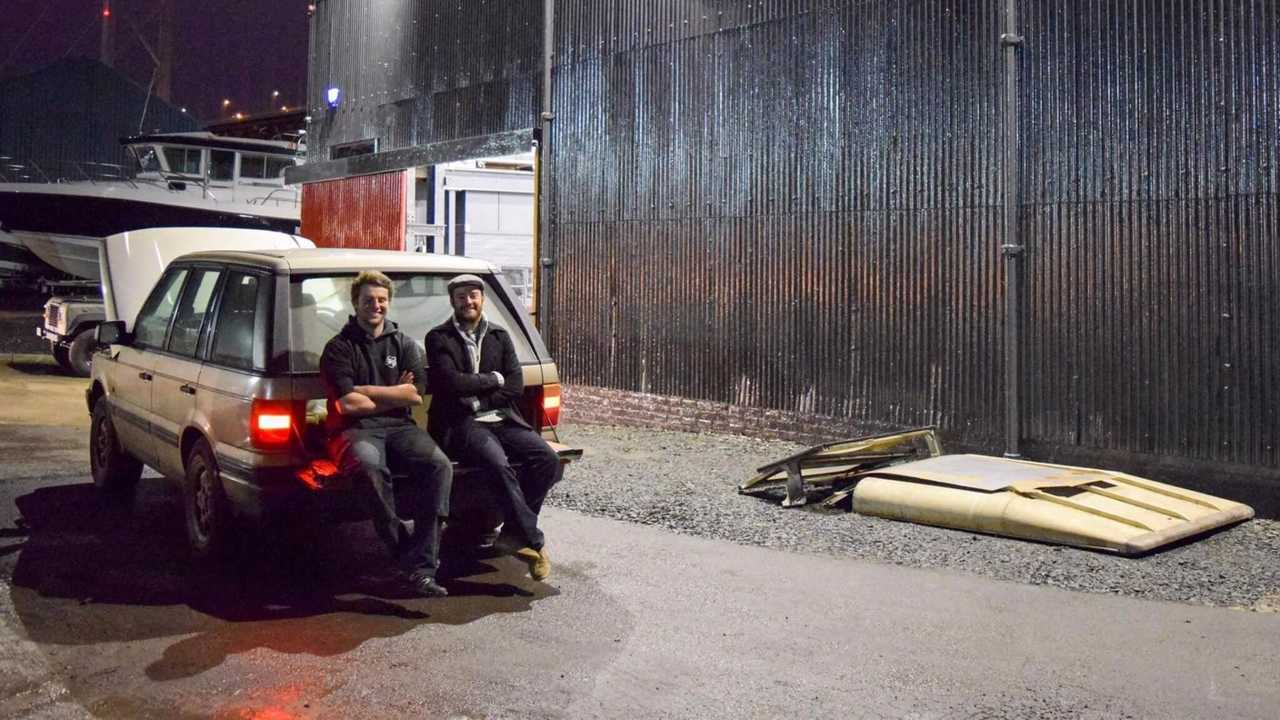 Many urban legends have been unfairly attached to the P38, with the result that many examples have prematurely succumbed to the oily claw of death. Sure, they were complicated and way ahead of their time when launched in autumn 1994, and therefore destined to be temperamental as time’s onward march beckoned. But with proper servicing, their dependability is fastidiously loyal to both driver and passenger.

Especially when you've got a team of folk keeping it healthy for you - mine consists of Ben McDowall of Engine710 alongside Rabb McMillan and Derek Stewart-Brown of Duke's Garage in Lanark.

Therein lies the problem – no one really took care of them on the used car market. Perusing the classifieds, you could once wade through dozens of healthy-looking examples that had been run into the ground, all going for less than £1000. Few people wanted to properly look after such a cheap purchase.

Rather, many owners bought their P38 and ran the engine dry of oil, paid little attention to the electrical system and shrugged off the servicing interval as though it was optional. They’d then sell it on when the first sign of issue presented itself, meaning each subsequent new owner inherited – and compounded – what amounted to mechanical sabotage.

When they took to the online forums and ‘trash talked’ their dilapidated purchase, it wasn’t long before the P38 earned an unrelenting reputation for breaking down more often than Britney Spears. Thanks to the car’s unfair ‘avoid at all costs’ tag, only diehard enthusiasts kept the flame alight for the second-generation Range Rover.

Times have moved on. Now that Range Rover Classics change hands for eye-wateringly large sums of money, many fans of the green oval have turned to the P38 in search of all that Land Rover’s trademark flagship should offer. The market is slowly awakening to the once-berated model’s potential. 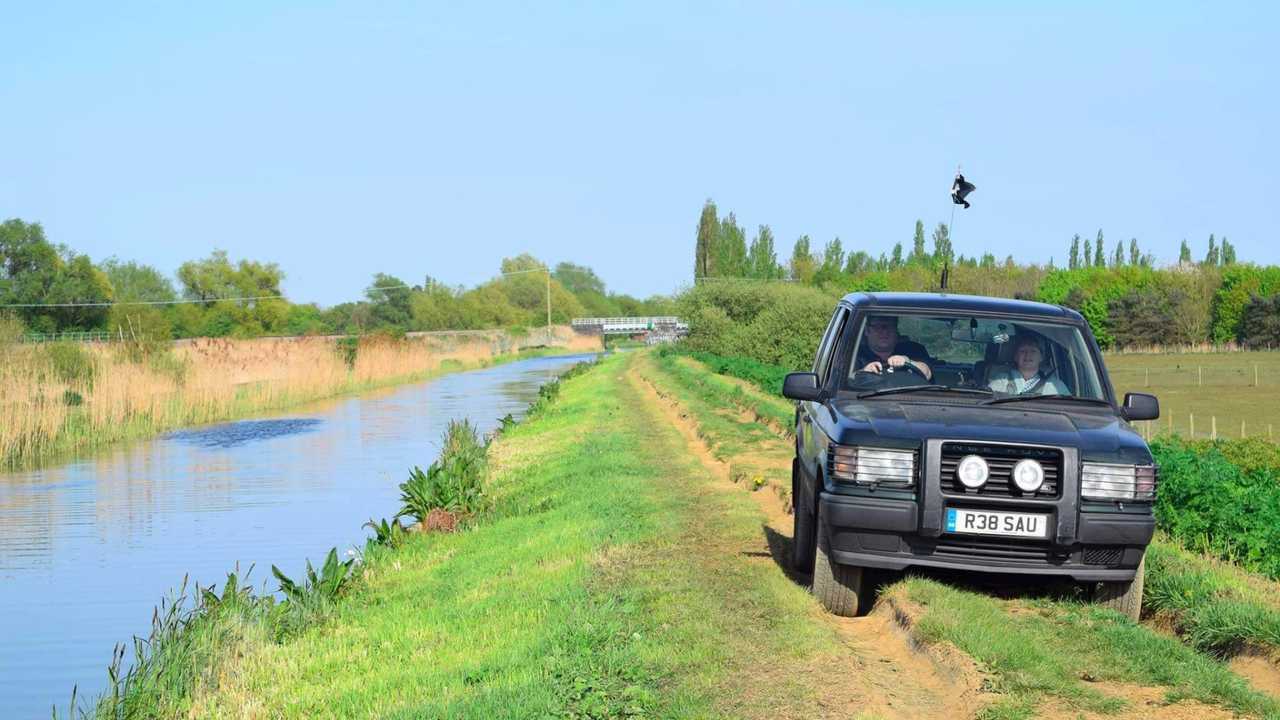 So, the greatest car in the world? It’s certainly not the most economical, nor is it capable of being ignored without things going wrong – often horribly. Yet, keep tabs on maintenance, and you’ve got a practical, comfortable, dependable, luxurious, tough, safe, and spacious wagon capable of amazing off-road feats. All for less than $4k, even for the best ones. No other car in the world can successfully undertake all of the above without losing soul or being a disposable ‘white good’.

There’s an ace card up the P38’s sleeve, too; an amazing owners’ club. Granted, the P38's reliability isn't always first-rate and something will always need fixing – but meet fellow club members down the pub, and the hilarity, camaraderie, understanding, and tales of experience will have you crying tears of laughter. All while the Nissan Micra Owners’ Club sit in silence with nothing to talk about.

And just for the record, Motorious uses our P38 almost every week as a tracking vehicle. It's our unsung hero. We don't be parting with it anytime soon... 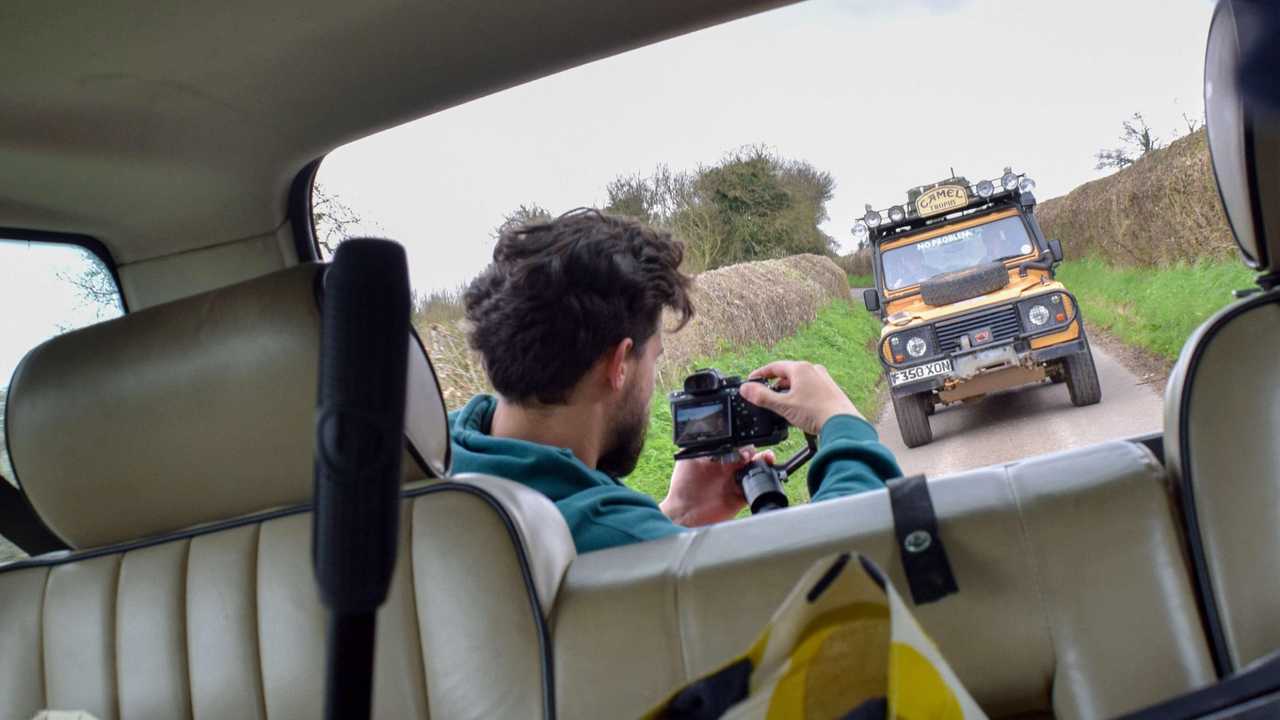 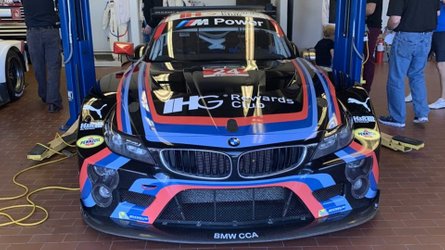 Watch: Is This The Ultimate Car Club?

Look inside the BMW Car Club of America's week-long Oktoberfest! Car Clubs have been around for decades with some da...
By Neil Pitt Oct 24, 2019
features
Shop Sports 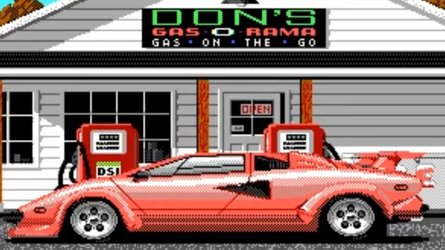 Sometimes this is as close you’re going to get to driving the real thing. Whether you’re into classic cars or moder...
By Steven Symes Oct 23, 2019
features
Shop Muscle 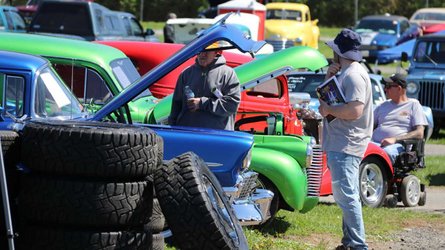 6 Reasons Why Automotive Flea Markets Are The Coolest

There are probably a million reason why automotive flea markets and swap meets are cool, but here are our top six. N...
By Jeffrey N. Ross Sep 26, 2019
features
Shop Classics 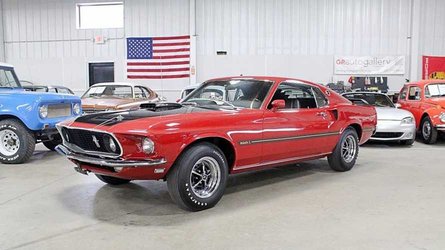 Whether it's due to a lack of effort or an increased focus on nostalgia, automakers have been dusting off a growing n...
By Jeffrey N. Ross Sep 16, 2019
features
Shop Classics
Show Me More